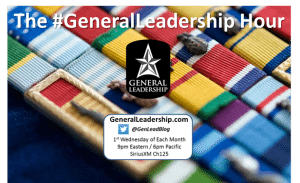 After seven years of active duty military service as an Explosive Ordnance Disposal (EOD) officer, Dan recently made the very difficult decision to separate from the military to pursue a new mission: to end extreme poverty in war-torn eastern Congo.

While serving on assignment in Korea, Dan met a Congolese man named David Masomo. Both David and Dan were participating in an international student program at a local Korean university (Hankyong University) – 20 students from 20 developing nations were being sponsored by the Korean government to get a Master’s degree in Agriculture and Rural Development. David and Dan hit it off right away. They started talking a lot about past experiences and shared a passion for development theory. It was during their initial conversations that Dan discovered David was from eastern Congo, born into poverty, and right into the middle of Congo’s 20-year war that killed 5.5 million people.  He was even abducted as a teenager by a rebel group, and was forced into becoming a child soldier.

The more these two men talked, the more they realized their thoughts on international development were completely aligned.  Although from two very different backgrounds, both believed the best solutions could be found with local leaders…not from outsiders. Both believed that truly sustainable change must grow and mature from within rather than be externally mandated and applied. And, perhaps most importantly, both shared the timeless belief that affirming the dignity and value of the population through capacity-building and empowerment was the country’s only real hope for creating sustainable, positive, life-altering change.

Shortly after their initial meeting, they co-founded a social enterprise called Mavuno (Swahili for Harvest). Many who first hear about this unlikely partnership think it sounds crazy or even irrational. To Dan, however, it was a leap of faith grounded in a lifelong passion for serving others. And, as it turns out, it was also a calculated decision to execute a plan that has the power to transform communities for a lifetime.

Tune in TONIGHT to SiriusXM Ch125 at 9pm Eastern (6pm Pacific) to hear Brig Gen Michel and Dan Myatt talk about this exciting project on the #GeneralLeadership Hour!

In telling this story, Dan and I hope that you can glean some practical leadership insight that can be applied in any context. You see, Dan’s story of setting off into unchartered territory for the purpose of creating conditions for others to flourish and thrive reflects everything I too believe is the essence of effective leadership. That is, the leaders we want to follow are those who are approachable, relatable, and aspirational. They are positive, others-centered doers who strive to build things, grow things, and move things steadily forward by intentionally investing the best of themselves in their team, tribe, community, or family. As my friend and mentor Doug Conant eloquently points out in his book, Touchpoints, successful leaders “…shape the future by doing something better or bolder or more exciting. Unlike many who only dream of creating a better future, leaders are the dreamers who get things done, and the way they do it is by (positively) influencing others.”

Today, Dan and David believe that the Congo, a failed nation state and war-torn region, can actually thrive. In fact, they are convinced they have a powerful solution that can contextually adapt to failed nation states and complex environments around the world. However, none of this would have been possible unless both men said yes to the opportunity to join ranks to attempt something transformative 16 months ago. All of which brings us to six leadership takeaways you should consider as you reflect on your own leadership journey:

Mavuno is still a brand new startup organization with a big vision. The organization is committed to ending a long-term regional conflict through proactive, people-powered and leader enabled grassroots development initiatives. If you want to be a part of what is happening in the Congo, please go to http://www.mavunocongo.org.

We hope you will join us on our mission.

Co-Founder & Senior Curator at GeneralLeadership.com
John E. Michel is a widely recognized expert in culture, strategy & individual and organizational change. An accomplished unconventional leader and proven status quo buster, he has successfully led several multi-billion dollar transformation efforts and his award-winning work has been featured in a wide variety of articles and journals, including the Harvard Business Review. In addition to serving our nation as an active duty General Officer in the United States Air Force, John enjoys helping people learn to walk differently in the world so they can become the best version of themselves possible. He is blessed to be married to the most patient person on the planet and together, they have two amazing sons. You are encouraged to learn more about John at his website, www.MediocreMe.com
- Contact John Michel via email ( JohnMichel@GeneralLeadership.com)
- Military Biography
Tags: broadcast, Dan Myatt, David Webb, fritz, mentorsmatter, michel, Patriot, radio, SiriusXM