The 3 Simple Rules of Effective Feedback 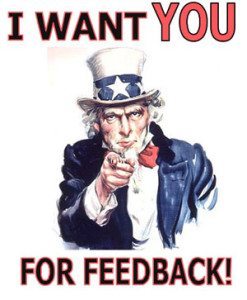 “Effective Feedback is the breakfast of champions.”
Ken Blanchard

I remember the moment when I realized that I had failed to provide effective feedback to a junior officer on my staff as I gave her unexpected feedback on her performance. This young Captain sat before me in shock when I gave her a less than glowing evaluation. She said, “You never told me that I was not a top performer.” As we continued the conversation and I gave her examples of where her performance was not up to par, it was clear to me that she didn’t know that she wasn’t the superstar performer she thought she was.… Read the rest