The opinions expressed are solely those of our authors.  For more detailed information, please visit our Site Permissions & Policies page.

The engine-room of GeneralLeadership.com is fueled by its authors–the Senior Military Leaders who have dedicated themselves to providing leadership lessons that will take your performance to the next level!  Our Team of authors will grow over time, so be sure to check in regularly.  If you are a Senior Military Leader, consider joining our Team!

So far we’ve confirmed over 15 active and retired general officers from across the US Military services — all of whom are busily creating their articles for posting soon.   We expect full launch of this site very soon, so bookmark GeneralLeadership.com and check back often! 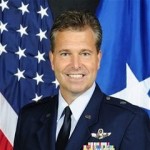 Brigadier General John E. Michel is a widely recognized expert in culture, strategy & individual and organizational change. An accomplished unconventional leader and proven status quo buster, he has successfully led several multi-billion dollar transformation efforts and his award-winning work has been featured in a wide variety of articles and journals, including the Harvard Business Review. 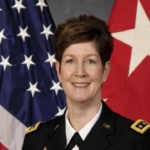 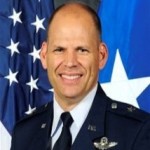 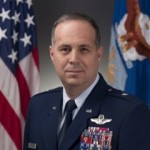 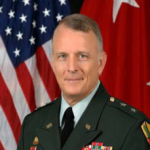 MG (Retired) Mike Diamond is CEO and President of Diamond Strategy, a leadership training and consulting organization focusing on improving the quality of leaders in organizations. He has commanded at every level in Army Logistical organizations, the 377th Theater Support Command (Fwd) following the ground campaign and also served 2 tours at US Central Command as the Deputy Director for Logistics and Director for Coalition Coordination. He has also held parallel positions in civilian organizations from supervisor to VP. 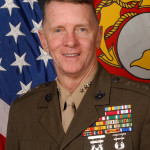 Gen (ret) Roger A Brady served for over 41 years in the U.S. Air Force and retired as Commander, US Air Forces in Europe in 2011. He advises industry, teaches, speaks and writes on principled leadership and leadership development. His recent writings include a daily devotional book, a volume on leadership and articles on sexual assault and keeping faith with the men and women who serve in our armed forces. He lives with his wife in Raleigh, North Carolina.

Brigadier General Allen J. Jamerson is the Director of Security Forces, Deputy Chief of Staff for Logistics, Installations and Mission Support, Headquarters U.S. Air Force, Washington, D.C. He is the focal point for ensuring the physical security of Air Force nuclear assets, and planning and programming for more than 40,000 Active-Duty and Reserve component security forces at locations worldwide. He provides policy and oversight for protecting Air Force resources from terrorism, criminal acts, sabotage and acts of war, and ensures Security Forces are trained, equipped and ready to support contingency and exercise plans.  General Jamerson entered the Air Force in 1986 and has commanded multiple times at the squadron, group, and wing level.

Major General Paul H. McGillicuddy retired as the Vice Commander, Pacific Air Forces, Joint Base Pearl Harbor-Hickam, Hawaii, and the Deputy Theater Joint Force Air Component Commander to the Commander, U.S. Pacific Command. PACAF is responsible for the Air Force activities spread over half the globe in the command that supports 45,000 Airmen serving principally in Japan, Korea, Hawaii, Alaska and Guam. PACAF is responsible for the command, control, and employment of air, space, and information operations capabilities, executed through the 613th Air and Space Operations Center.

Check Back Later As Our List of Authors Expands!