The GL Team in Action! 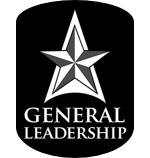 General Leadership’s Team is so much more than blogging and publishing–we’re about action!  Our Team is comprised of senior leaders and do’ers engaging at all levels to promote positive change, integrity, and responsible leadership.  We believe that experience promotes growth and that example influences change.  As such, we are actively engaged in our mission and our world to influence change in a positive manner.  The links below highlight just some of the ways members of our Team are engaging where the rubber meets the road–throughout the world and in our community.

General Leadership is privately operated and is designed to provide leadership perspective and conversation on character and integrity from senior military leaders. Neither The General Leadership Foundation, nor GeneralLeadership.com, operates as a partisan political advocate or activity, nor do our curators and authors participate with the Foundation or site in such capacity.  Our collective activities are not directed at the success or failure of a political party, partisan political candidate, campaign, group or cause nor do we solicit or fundraise for such activities.