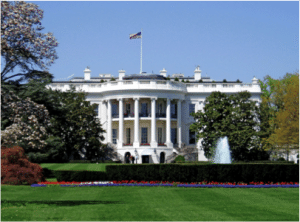 “If you are going to achieve excellence in big things, you develop the habit in little matters. Excellence is not an exception, it is a prevailing attitude.”
Colin Powell

Recently, I was privileged with the opportunity to meet with one of our Country’s nine Combatant Commanders. The lessons I learned from my meeting with the 4-Star General could fill a volume of books transcending many topics. To be quite frank, the knowledge I gained through my thirty-minute discussion was more beneficial than the material taught during a semester-long collegiate course.

Hyped in anticipation, I sat outside his office eagerly waiting for the nod from his secretary the General was ready to meet with me. Sitting there, I was humbled as I took note of the fact someone of such high rank would take the time to speak to a college senior preparing for life in the Air Force. Immediately when I entered his office and shook his hand, I knew I was in the presence of one of the greatest leaders in America. And our conversation began, I intensely listened to his words trying to grasp as much as I could from his wealth of experience and knowledge.

Traits of the Greatest Leaders

In amazement of all he had accomplished in his 35 year Air Force career, I began by simply asking him how he achieved such a remarkable career. I was astounded by his modest, yet insightful answer. Instead of talking about money or power, or the desire to obtain the next promotion, he shared the key to his success was to perform every task to the best of his ability. He explained in doing so, he believed he inspired people around him to achieve their full potential and in turn, helped him succeed. His message was simply to tackle each challenge to the best of your ability, knowing that in doing so you will automatically separate yourself from those content with mediocrity and simultaneously position yourself to positions of increased responsibilities.

With all the responsibilities associated with a position of such prestige and accompanying demands, I asked the General how he dealt with stress. Much to my surprise, he explained stress does not need to accompany a position regardless of its demands. He continued by explaining the secret to managing stress is learning not to become too emotionally attached to the job. The key to keeping the demands and responsibilities of a job in check is to understand and remind ourselves, we were created for a higher purpose. In essence, one of the qualities of a great leader is the ability to step back and look at life through a wider lens cherishing the things that matter most, such as family and relationships.

Another valuable lesson I learned is the importance of making daily time to recharge the brain.   As Entrepreneur magazine noted, taking a few minutes out of our hectic schedules to recharge, results in improved performance in the workplace and at home. Recharging can take many forms, including taking a walk, working out, reading a book or engaging in any activity that allows the mind to unclutter and disconnect. Simply put, daily recharging frees the mind and creates better engagement in the office, in our homes and in our communities.

As my time with the General came to a close, I thanked him for the once in a lifetime opportunity. Shaking his hand on the way out, I remembered the words of Martin Luther King, Jr.: “Whatever your life’s work is, do it well. A man should do his job so well that the living, the dead, and the unborn could do it no better.” As the door closed behind me, I was humbled to realize I had just been afforded the opportunity to spend valuable, precious time with an amazing leader, as well as someone who has lived and applied the immortal words of Dr. King.

Nikolas Sanginiti is a Senior at Maryville University in St. Louis majoring in Business Administration. An emotionally intelligent leader, Nik has taken on leadership roles and demonstrated tremendous initiative throughout his college career motivating his peers to achieve their goals and objectives. Nik’s commitment to excellence and desire to serve others has compelled him to pursue a career in the United States Air Force.

As an intern at the General Leadership Foundation, Nik takes an active role in increasing member subscription on social media outlets such as Twitter and Facebook. He also assists with article review, editing and publication. Finally, he delivers a verbal presentation to each Board of Directors meeting.
Tags: Challenge, College, excellence, Intern, king, perspective, Powell, Responsibility, Sanginiti