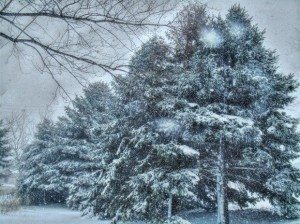 “That’s when you put someone else’s needs before your own.
You know, like when Kristoff brought you back here and left you forever.”
Olaf, Disney’s “Frozen“

Day in and day out here at Walt Disney World, I continue to be impressed by impact of our latest animated hit, “Frozen.” For those who have not yet seen it, I won’t attempt to summarize or play spoiler.

What I will do, though, is try to look at a reason I think the film resonates so well with our audiences and our guests. Yes, the music is great; yes the characters are human; yes, Sven the reindeer and Olaf the snowman are lovable. However, I believe the life and leadership lessons portrayed in the movie are what, deep-down, strikes a chord in many people. 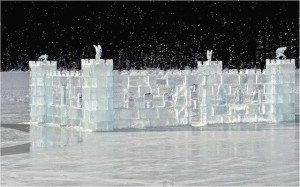 Those with younger children can probably sing the hit song in their sleep. For those (however unlikely) that don’t know of the smash song voiced by Broadway star Idina Menzel, the character Elsa sings of feeling free by leaving her kingdom (and notionally, her troubles) behind, by fleeing to an ice fortress in the mountains.

The lesson that Elsa learns, however (and the point I would make) is that running away from problems or challenges does not remove them—it simply postpones having to deal with them.

As leaders, we are faced with numerous issues every day, some large and some small. Some are critical and some are trivial. Regardless the complexity, a good leader will identify the importance of a problem and prioritize it against all other problems. Does it need to be handled right this second? Do I need others (to include experts) to work in handling the problem? Can this issue wait until I have the resources (time, money, personnel) to properly address it?

“…problems will not get better unless some action is taken.”

Note that at no point, will a good leader simply ignore, or worse, run away from an issue. There’s an adage that “bad news doesn’t get better with time.” Similarly, problems will not get better unless some action is taken. Leaders cannot look at a problem and simply “let it go.” Rather, they must address, review the problem’s importance, and prioritize actions needed to resolve the problem.

Anna: Do You Want Build Credibility? 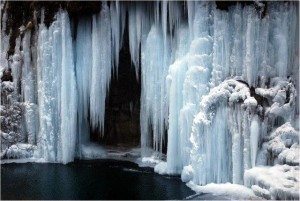 Elsa’s departure from the kingdom was triggered by a confrontation with her younger sister, Anna, who tried to ask why the two had grown apart. When Elsa left, leaving snow and ice in her wake, Anna took it upon herself to fix things by going after her sister.

Anna owned the problem. While the winter was not her doing, she felt the responsibility to fix the situation. She approached her task decisively and when her sister turned her away, her first thought was that she couldn’t go back to the kingdom having failed.

Too many times, I’ve seen leaders who approach a problem with a blasé attitude. They acknowledge a problem, but don’t seem to care whether it gets addressed or not. This is probably the quickest way to lose credibility in your organization and with your subordinates.

People are more apt to follow and trust in someone who approaches issues directly, and as if they were their own. You become more credible the instant you say, “I’ve got it.”

The follow-on rule here, however, is that ownership also requires action. In Anna’s case, she trudged up the North Mountain, in spite of wolves, freezing cold, and a pungent reindeer. Likewise, as a leader, people will understand you have credibility when you take on a problem, but they’ll believe it once you take decisive action. Remember that at the end of the day, it is actions, not words, which are the hallmarks of true leaders. 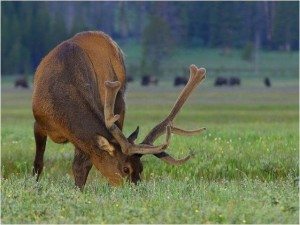 Helping Anna up the North Mountain (and—spoiler alert—eventually becoming her love interest) is local ice cutter/salesman, Kristoff. Kristoff has grown up with, and is in “business with,” his trust reindeer, Sven. Throughout the tale, it becomes obvious that Sven is not just Kristoff’s means of transportation, but his friend, his confidant, and his partner. Sven’s successful ice business (the abnormally early winter not withstanding) is the result of not just Kristoff’s hard work, but the synergy he and Sven create.

In the military, these kinds of relationships are called different things. The Army refers to them as “Battle Buddies.” In the Navy, they are “Shipmates,” and “Wingmen” in the Air Force. Despite the label, they are the people we keep close to us because we trust in them, and they in us.

“Leadership may be lonely at times, but it should not be done in isolation.”

Leadership may be lonely at times, but it should not be done in isolation. Reach out to your peers; contact others in similar organizations or companies. Join trade groups, or get involved in a service club. Some leaders can operate just fine in a vacuum, but I wouldn’t recommend it. Get advice and bounce ideas off of your contemporary friends. Be a sounding board for them. Learn about each other’s organizations and styles. Nobody becomes a leader by themselves; similarly, nobody should occupy a leadership position without any support.

“Frozen” has clearly become a phenomenon. The music is contagious and the plot line is grabbing. The characters are interesting in their own right, but if you look deeper they have a lot to teach us. And while your skills may never be used to thwart an eternal winter, we are all “fixer-uppers,” ready to lead as if was the “first time in forever!”

(*all pictures free of copyright from pixabay.com*)

Manager, Creative Costuming & Entertainment Operational Development at Walt Disney Parks and Resorts
Dave Cohen spent over 26 years as a commissioned officer in the United States Air Force, rising to the rank of Colonel. As a pilot with over 2,500 worldwide flying hours, including combat and combat support time, he held command and leadership positions at nearly every level, to include the Joint Staff at the Pentagon.

Upon retirement, Dave began a "second career" as a Manager with Walt Disney Parks & Resorts. In this role, he leads a team charged with managing the inventory levels and logistics for operational, entertainment, and character costumes, for the Florida and California Parks and Resorts, and the Disney Cruise Line, as well as providing support to the international Disney Parks.
Tags: Cohen, Credibility, disney, Frozen, Leadership, relationships