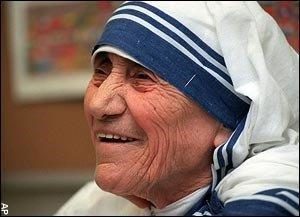 Once inside the aircraft, you can see the Aircraft Commander (AC) immediately speaking with POTUS and then POTUS re-emerges and offers a handshake to the vigilant Marine standing at attention at the base of the ramp. Subconsciously you recognize that the AC ensured his Marine was recognized for offering POTUS the proper respect and initially receiving nothing in return.

A comment appeared that questioned whether the AC could receive reprimand for his comments that inspired action from POTUS. The AC’s action was an outstanding example of the moral courage that is expected of a 21st century leader. I often told my fellow leaders and still tell those I mentor that if I was fired or reprimanded for being a leader who stood his ground and displayed moral courage, it would be the best and proudest way for me to go. This Marine AC’s action reinforced that moral courage that often times in today’s world is not readily displayed.

“Moral courage is a more rare commodity than bravery in battle or great intelligence.” ~ Robert Kennedy

Moral courage is in great demand today from our leaders. When I think about moral courage and work to explain it to others, I identify key elements of it and how each of these elements, when combined, create an effective and stable leader that others want to follow and most importantly, emulate.

A key element of moral courage is strong and unwavering core values. Every leader must have their own set of Core Values and they also must be in 100% compliance with the values of the organization they represent. In the military we often referred to this as talking the talk and walking the walk. For me, this was a 24/7/365 requirement that was my bedrock. My followers knew this and watched me closely to ensure I was consistent and demonstrative in my every word and deed.

Accountability is another element that goes into the Moral Courage mix of a leader. Holding yourself and others to the established standards, reinforcing the standards at all times, and when a situation presents itself, having the strength to take the required actions to correct it is a must. Today, accountability is lacking in many parts of our society, from the very highest levels to the street level, and this one element is probably the most important of all. Morally courageous leaders understand and use accountability at all times. I remember once explaining my accountability perspective to a fellow leader as to why we were having so much trouble getting some of our followers to maintain compliance with our core values and accountability standards. I reminded my team mate that we only had our followers focused attention for the 8-16 hours a day while they were with us, the rest of the time society was banging on their doors with the never-ending drone of “hey look at me” that often times was in stark contrast to our stated ethics, morals, and values. For the 21st century leader, accountability and moral courage must walk hand-in-hand.

Proper example is synonymous with the cliché phrase, “walk the walk.” A leader’s example casts a wide and powerful shadow and when that shadow is aligned with core values and accountability, it is a bright shadow that followers seek out and want to have covering them. If this shadow is not cast by the leader due to a disconnect, it causes a huge confusion point for those followers and others who observe the leader in action. If this disconnect occurs, the fallout and damage can be catastrophic and long-lasting. We have too many negative examples of this happening in 21st century leaders.

As our 21st century continues to unfold at rapid speed, holding the line as a leader is critically important; more so than in previous times. Our followers and potential followers are very distracted by the myriad of “things” that are trying to steal their time and attention. Technology, social media, unrest around the world, terrorism, rapidly-eroding/adjusting ethics, morals, and values, and life itself all vie to be number one on their attention scale.

As a leader, we must hold the line and possess and display moral courage in all of our actions, words, and examples. Moral courage is the tool that allows each of us to use to make that happen effectively, consistently, and demonstratively.

Are you focused on having and displaying moral courage in your every action as a leader? Are you allowing the popular politically correct mantra to distract you from this key element of strength, consistency, and endurance as a leader? If you are on-track with moral courage, stay focused and stay strong! If you are not, have you lost the bubble or become consumed by all the “stuff” I mentioned previously? If so, re-read this post, recommit yourself to effective leadership built upon moral courage, and re-engage the fight…those who watch you and follow you deserve your best leadership, your brightest shadow, and all of your moral courage!

Author at GeneralLeadership.com
Joe is a dynamic and proven senior leader, educator, and mentor with progressive leadership experiences, continuous professional development, and engaged senior leader activity in both military and civilian organizations. He is principally focused on developing the next generation of leaders through creation, implementation, and longevity of effective professional development programs that capitalize on education, training, and experience with a foundation steeped in ethics, morals, and values. Joe has recent dynamic experience with change management specifically performing as an effective change agent for radical organization cultural change. Joe and his wife Kerry live in Dell Rapids South Dakota and they have two children and five grandchildren.
Tags: chief, core values, joe thornell, Leadership, moral courage, mother teresa