Lead at the Speed of Trust 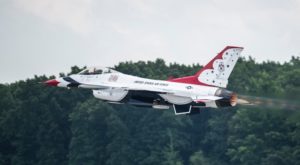 “We judge ourselves by our intentions and others by their behavior.”

At the Speed of Trust!

Recently, I had the amazing opportunity to consult with a company founded in 1836 and developing over the last 180 years into the global specialist they are today. Excitement filled me as I flew to their headquarters to sit with the 25 people designated as the future leaders of their company, the chosen few in the military would be considered our HPOs, or High Performance-Potential Officers. As we settled into a strategy session, I quickly realized the company was moving at the speed of trust.

The speed of trust, in Fighter Pilot terms, can be explained in four throttle settings:

When the turbine engines on a Fighter Aircraft are running, but not producing any intentional and useful thrust, it is called “Idle”. In a similar and detailing fashion, the term Idle is defined as “not having any real purpose or value.”

Idle Trust: A company operating at Idle Trust has employees who do not feel they contribute to the success of the mission. They lack confidence senior leaders care about them personally and do not share a common vision of future success.

‘Stand them up’ Thrust

As Fighter Aircraft slip the surly bonds, their aviators set the throttles to a mid-range setting to maintain speed and minimize fuel flow, or effort. Because this physically places the throttles at a 90-degree angle to the earth, it is commonly known as standing them up.

‘Stand Them Up Trust: A company operating at Stand Them Up Trust is maintaining the status quo. Employees are only putting forth the minimal effort required to stay with traffic on the interstate of business. Trust is present between leaders and followers, but at low levels that do not encourage intrinsic motivation. While companies can limp along for many years in this manner, no growth will be experienced and employees are usually actively seeking other avenues of employment. This company yields minimal personal success or satisfaction to members.

Military Power, shortened to MIL Power, is a setting of full non-afterburner power. In a Fighter Aircraft, the pilot advances the throttle to a physical stop which indicates 100% effort and output by the engine. This is the highest setting possible without entering the afterburning region.

MIL Power Trust: A company operating at MIL Power Trust is firing on all cylinders. These employees work with the company, not for it. The leaders of this company, at all levels, understand the complexities and intricacies of establishing the necessary culture of unity which best draws the engagement of every member of the team. Teammates are involved in establishing company goals, which aids in making company goals theirs. This company makes progress a team effort, a family event, not just a job. Trust flows both up and down in this situation in a solid fashion.

Operating above 100%, The Afterburner adds significant thrust without increasing weight or complexity. It takes a normal reactor engine and allows supersonic flight. Without the afterburner, the engine is not capable of achieving amazing speeds and heights.

How do your employees talk about the organization? Do they choose pronouns such as ‘they’ and ‘their’ when talking about the company or do they reveal ownership and belonging through their use of phrases like ‘our company’ and ‘our vision’? If you have successfully developed a company lexicon and made your vision theirs, then each and every one of your team members should be intrinsically motivated toward the success of the team. This intrinsic motivation will take them, the team and the organization to levels of success previously thought unachievable. Intrinsic motivation creates self-efficacy.

Then and only then will your team be operating at MAX Power Trust!

HOW DID YOU ENJOY TODAY’S POST?
IF YOU LIKED WHAT YOU READ, SIGN UP FOR OUR FREQUENT NEWSLETTER BY CLICKING HERE — AND YOU’LL ALSO RECEIVE OUR HANDY LEADER’S REFERENCE LIST