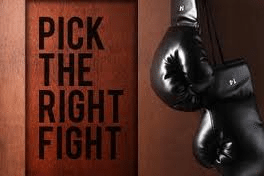 The recent political wrangling’s over our countries numerous fiscal challenges certainly seems to bear this out. Instead of rolling up their sleeves to fight the right fight, it seems scores of those we elect to represent our best interests prefer to protect their own ideologies or promote their own agendas. Perhaps this sad truth is why so many of us find ourselves hungry for a different kind of leadership. Specifically, leadership willing to risk doing the right thing, no matter the potential cost to self, in order to promote positive change in their surroundings.

Take the story of Paul H. O’Neill, for example.

O’Neill, the former CEO of aluminum giant Alcoa, was on his second day on the job as the company’s new leader when his secretary, a twenty-five-year Alcoa veteran, approached him to inquire when he was planning to join the local country club. After all, she added, every CEO before him had joined, and all the company’s senior executives belonged.

O’Neill, however, wasn’t interested in joining the club in question and informed the secretary as much. Immediately, she replied, “Well, you really do have to belong to this country club, because the way it works around here is we have a bylaw that says if the chairman doesn’t belong, none of the other people in the corporation can belong.”

He quickly discovered the vast majority of people at his company were using the club for legitimate purposes such as customer entertainment, marketing, and even to support charity events. But in the process of doing his research, he stumbled upon an interesting fact. The club in question didn’t just take anybody. He discovered they deliberately excluded women, blacks, and ethnic and religious minorities.

And O’Neill’s values would not allow him to stand by and let something like this to continue unchecked.

Committed to fighting for what he believed was right, the CEO immediately drafted a memo which he subsequently sent to Alcoa employees around the world—sixty-three thousand of them—stating the company’s values could in no way support paying for its members to belong to organizations or institutions that discriminate or fail to value the dignity and worth of fellow human beings. Much like the willing burden bearer who intentionally walked past the first mile marker toward the second, O’Neill’s unexpected actions certainly got everyone’s attention. So much so that shortly after releasing his now-famous memo, the country club experienced a sudden change of heart. One that compelled them to abandon their long-standing policy and begin to admit all people, regardless of race, gender, faith orientation, or ethnic background.

I don’t know about you, but I’m just not that inspired by much of what I see in the news these days. That’s why it’s so refreshing to reflect on the courageous actions of someone like Paul H. O’Neill–a leader with the strength of character to fight the right fight in order to promote positive change in his surroundings.

I can only imagine how much better things would be in America right now if we had more leaders willing to regularly do the same.

Co-Founder & Senior Curator at GeneralLeadership.com
John E. Michel is a widely recognized expert in culture, strategy & individual and organizational change. An accomplished unconventional leader and proven status quo buster, he has successfully led several multi-billion dollar transformation efforts and his award-winning work has been featured in a wide variety of articles and journals, including the Harvard Business Review. In addition to serving our nation as an active duty General Officer in the United States Air Force, John enjoys helping people learn to walk differently in the world so they can become the best version of themselves possible. He is blessed to be married to the most patient person on the planet and together, they have two amazing sons. You are encouraged to learn more about John at his website, www.MediocreMe.com
- Contact John Michel via email ( JohnMichel@GeneralLeadership.com)
- Military Biography
Tags: Challenge, Integrity