Can Leaders be Heroes? 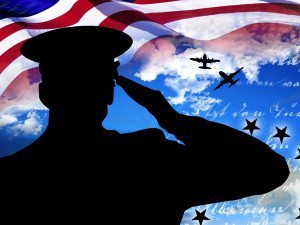 “A hero is an ordinary individual who finds the strength to persevere and endure in spite of overwhelming obstacles.”
Christopher Reeve

I would like to follow up on John Michel’s outstanding blog from last month on “Heroes in Our Midst,” but take a different angle in doing so. Some of the key items he mentioned in the blog were: Leroy Peltry’s exploits in earning the Medal of Honor, serving as role models, and to leave your mark on scores of people. I would like to take the vantage point where we don’t realize how many of us are heroes and do not know it. We too often forget or take for granted the impact we have on the numerous people we come in contact with every day. We also take for granted people are looking for others to emulate or look up to or be like. Some of you can readily see where I am headed with this—many times we can become heroes to many others simply by mentoring.

I have a very close relative that once relayed to me how our example to others is a natural extension of our ability to lead without really knowing we are leading. He recounted a situation last year when he was standing in line to vote when a former Eagle Boy Scout from one of his troop stopped by to say hello. Midway through their conversation, the former Scout paused for a moment and stated that if it were not for the impact this close relative of mine had on his life, he would have never pursued or achieved becoming an Eagle Scout or succeeded in many other areas in his life. My relative was taken aback by the unexpected comment and responded by saying, “I had no idea that I meant that much to you.” Mind you that his involvement with the Scout program was some 20+ years ago!

As this story confirms, we often don’t realize the impact we leave on those we come into contact with. What this Eagle Scout was really saying was, “I appreciate the leadership you provided me in the form of your outstanding example. I am a much better person because of what you selflessly did for me 20 years ago. Thank you for being one of my heroes.”

How many times have we heard someone say to us or someone else, “You’re my hero” and we take it in a comical way? Often times we hear such things and brush them aside as playful banter, despite the fact these words are being delivered earnestly and sincerely.

Conversely, there are just as many times we fail to express our real feelings about the impact that others have had in our lives. And I think it’s time we quit doing so. We need to tell people when they are heroes to us—we need to take the time to express our true feelings.

When going through my General Officer Transition Course (a.k.a. “Charm School”) several years ago, one of our facilitators helped us put our role as general officers in perspective from many angles. One of the exercises he asked us to do was designed to help us better understand that we got to where we were because of the effort of numerous people helping us along the way. He suggested that we write down the five people who made the greatest impact in our lives and then ask ourselves “would you be here today without the assistance and example of this person?” I found it to be a very worthwhile endeavor as it taught me how expressing our objective feelings are one of the necessary traits of good leadership.

The hidden message in this angle of being a hero to others is one that deserves many words. We should approach life understanding others are always watching our example. Think of the times we have seen ‘role models’ or quasi-leaders do some of the most inexcusable acts. I recently had one of my workout buddies make the statement that “being a LEADER is 24/7.” How right on target he was! As leaders in our homes, workplaces, worship spaces and communities, we must approach our roles as leaders understanding we are being watched all the time. Are we doing the right thing? Are we living up to expectations others have of us as leaders? Have we listened to what others are trying to tell us? Do we make others proud of us by our actions or inactions? Have we failed to act or make a statement when we should have? Have we let others down?

It is often stated that heroes are ordinary people that do extraordinary things in difficult situations. I offer leaders can be heroes simply by just doing the right things right the first time.

Author at GeneralLeadership.com
MG (Retired) Mike Diamond is CEO and President of Diamond Strategy, a leadership training and consulting organization focusing on improving the quality of leaders in organizations. He has commanded at every level in Army Logistical organizations, the 377th Theater Support Command (Fwd) following the ground campaign and also served 2 tours at US Central Command as the Deputy Director for Logistics and Director for Coalition Coordination. He has also held parallel positions in civilian organizations from supervisor to VP. His leadership experience and training blends the best of breed from both military and civilian sectors.
Tags: Challenge, Heroes, Integrity