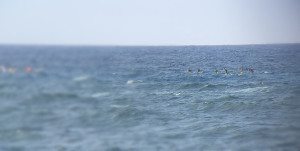 “Nobody wants to hear how rough the water is, just get in the boat and start rowing.”

…At least that’s what my little league coach used to tell us kids. We were the original Bad News Bears, but we ended up in first place anyway.

Since then I’ve been fortunate enough to be part of many, many more outstanding teams and organizations.

They’ve all had these 4 characteristics in common, including my Bad News Bears experience:

Certainly, winning organizations require exceptional leadership. Great leaders are humble at their core and are willing to do any job, no matter how small, to achieve the objective.

They’re passionate about what they do and this permeates the organization.

Their integrity is beyond reproach; they put the unit ahead of themselves, they’re kind, empathetic, but can be stern when warranted. They demand excellence and they set the standard for work ethic and live the team’s morals and values.

Want to lead a winning team? Look in the mirror, it begins and ends with you.

Quick name a sports team that has drafted or traded for an egocentric player and gone on to win a championship. I can’t think of one off-hand.

There’s really no room in any organization for a self-centered egotist. They’re divisive at their core and by definition it’s all about them and not the rest of the crew.

However, there are plenty of examples where divas have destroyed team chemistry.

Championship teams’ players leave their egos at the door. Their members spread the accolades and shoulder the blame when things go wrong.

Want to be a great teammate? Do your best, keep your head down, encourage your teammates and check your ego at the door.

If you must complain, do so to your spouse, friends or family, but don’t burden your cohorts with your hurt feelings or bruised ego.

My old coach was right. Nobody wants to hear how rough the water is, they just want to us to get in the boat and start rowing.

Hazing rituals are bad. Period. They shame, humiliate and dehumanize. Who wants to be part of an organization that the price of admission is shame?

Don’t get me wrong, there’s always going to be good-natured ribbing of the newbies. And, sometimes rookies might even have to pick up some humbling duties.

If a chain is only as strong as its weakest link, then it makes sense to strengthen all the links.

The best teams take the new guys, put their arms around them and bring them up to standard through guidance, drill, and instruction.

Duke Men’s Basketball Coach Krzyzewski discusses this very thing in his book, Leading With The Heart. Each year he has to welcome a new group of freshmen to the team. On day one he tells them the standards and pairs them with a senior.

They set the example.

Finally, honest and open feedback is the norm in highly functional squads.

My daughter is on an outrigger canoe paddling team. It’s an amazing team sport for this one simple reason; everybody gives 100% the entire race.

There’s no slacking.
The individual in front sets the pace and each person behind can see and feel the effort of the person in front of them. The person in the back paddles and steers. If the canoe goes crooked, everyone sees it.

There’s no place to hide. Slack off and you’ll be called out.

Units where members can’t speak up, where poor performance is allowed and accepted and where individuals hide in the shadows are dysfunctional, and regardless of the talent, will rarely if ever be “championship” teams.

First-place unit members pursue timely, consistent, honest and open feedback among each other. It’s healthy and everyone knows it will ultimately make the team better.

From little league teams and beyond, awesome units share these four common characteristics,

Exceptional leaders know this and understand they are responsible for setting the conditions for characteristics 2,3 and 4 above. Just get in the boat and start rowing.

Got more ideas about common characteristics of winning teams? Would love to hear them.
Let’s connect on LinkedIn, Twitter or both. Thanks!

President at Paul H. McGillicuddy LLC
Paul is a retired USAF General Officer, three time Wing Commander, fighter pilot and former PACAF Vice Commander. He's a gifted speaker, cyber security policy and guidance pro, one-of-a-kind unmanned aerial vehicle expert and a renowned and proven Air Force leader. He's currently working as a Consultant with a focus on leadership, the defense industry and speaking. He's also a computer programmer, budding social media guru and is afflicted with an addiction to golf and surfing. He and his beautiful wife MaryJo are blessed with an amazingly awesome daughter and live on the island of Oahu in Hawaii. You are encouraged to learn more about Paul at his website, www.paulmcgillicuddy.com
Tags: characteristics, Cooperation, ego, feedback, General, Leadership, McGillicuddy, teams, Traits