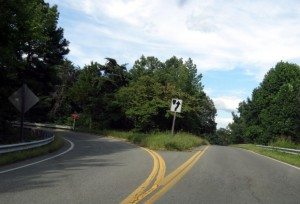 “Knowledge will give you power, but character respect.”
Bruce Lee

Anyone who thinks about September 11, 2001, will likely remember exactly where they were when they heard the news on that fateful fall morning.  It is an event forever seared into our collective national and global conscious – a date that marks the end of one era and the start of another.

Within minutes of the attacks on New York City, news stations began reporting events, while numerous federal, state, and local agencies struggled to not only better understand what was happening but try to predict what might happen next.

Across the nation, the Federal Aviation Authority, the agency responsible for managing airspace and airports across America, frantically sought to positively identify the hundreds of aircraft still airborne; intent on determining if any further hijacked aircraft existed.

Just minutes into their assessment, they learned of a third aircraft careening into the Pentagon. Shortly thereafter, they identified a fourth aircraft, United Flight 93, had also deviated from its flight plan and was no longer responding to controller’s queries.

In the midst of all these near simultaneous events, our nation’s military went to its highest state of alert, immediately launching numerous armed interceptor jet aircraft to engage and if need be, eliminate, any confirmed threats to American lives.

It was truly a dynamic, fast-paced, tension-filled time.

Shortly after the third plane careened into the Pentagon, a key military command center in Alaska, working closely with local FAA controllers, began tracking a commercial passenger jet inbound to Alaska that would not respond to radio transmissions.  Seconds turned into minutes and it quickly became apparent an intercept and possible engagement was imminent.

It was an engagement that could result in the loss of yet more American lives.

Suddenly, a terrible situation had gone from bad to worse and the unthinkable instantly became all-too-plausible.

Aircraft from the Third Fighter Wing in Alaska were immediately launched, setting out to intercept this mysterious jet.  It was quickly identified as a large passenger airliner much like those used in the east coast attacks.  And it too was not responding to repeated attempts to establish radio communication.  The very real potential that one of our nation’s fighter aircraft may be called upon to “engage” a civilian passenger airliner was becoming more real by the second.

If this were to occur, it would be the first-ever such engagement in our nation’s history.  One that would result in the willful sacrifice of civilian lives in the air in order to protect an untold number of others on the ground.

Thus, with time working against them, a crisis was mounting in the military command center in Alaska.

Due to the dynamic nature of the situation there was very little time to fully comprehend the full extent of the decisions and subsequent ramification that may very likely have to be made in this rapidly-unfolding situation.

However, it was precisely at this critical moment that the leader of the organization, Lieutenant General Norton “Norty” Schwartz, then Commander of the Alaskan Command and Eleventh Air Force, made a crucial choice.  Realizing that circumstances had placed his organization in unchartered territory and that any decision he made could potentially put anyone in the command center at risk of criminal prosecution or civil suit, he chose to depart from expectations and directed everyone present to leave.

All that is, but a single controller who was needed in order to maintain communication with the FAA.

In this moment of great uncertainty, General Schwartz clearly realized the bearing his actions would have on everyone involved.  And, although the safest choice may well have been to wait for someone higher up in the chain of command to make the call, he recognized the window for action was rapidly closing.  So instead of deferring his decision, he chose to own it, potential consequences and all.

Working through the lone controller to personally guide the interceptor aircraft toward the airliner, General Schwartz prepared to do what he must to protect our country from further attack.  Fortunately, moments before he had to make the dreadful decision, FAA controllers were able to regain communications with the aircraft and direct it to a nearby airport.  It soon landed without incident, escorted by several of our nation’s most lethal jet aircraft.

In these tension-filled moments, General Schwartz proved himself to be a leader willing to take the necessary actions to ensure that only he could be held liable for his decisions.  He demonstrated by his attitudes and actions he was a leader committed to pursuing the path less traveled despite the potential cost to self.

In the past, the development of character was a national priority.  Our social structures, families, neighborhoods, schools, and communities could be counted on to provide safety, support, and civility.  We once made it a national priority to learn about our nation’s forefathers.  And were even encouraged to read and share stories of heroes who invested their lives in pursuing noble ends for the benefit of the greater good, even if it meant they had to journey the path less traveled.

Today, much has changed.

Think of the host of well-known leaders who have chosen to amass fortunes at the expense of those who count on them to have their best interest at heart: Ken Lay of Enron, Dennis Kozlowski of Tyco, and Bernie Ebbers of WorldCom.  Each of these men led organizations which intentionally misled their employees and shareholders.  Instead of being driven by a desire to strive to do great things for others, they succumbed to gathering and hoarding more for themselves. In other words, their lack of character perpetuated a façade which, once revealed, resulted in millions of people losing their paychecks and pensions, forever changing their lives for the worse.

As I wrap up, I want to leave you with a final story from Greek mythology to further illuminate my point.  As a young man, the Greek Hero Hercules once came to a fork in the road where two women stood.  One woman, named Pleasure, told him that her road was sweet, pleasant and care free, and would lead him through a gentle valley of flowery meadows where he would experience no stress or strain.  The other woman, Virtue, pointed to her road, which looked steep, rocky and led toward a very steep mountain.  She said she could promise him nothing but what his own sweat, toil, labor, and strength would produce.  Hercules chose the latter, more challenging road, which turned out to be the path towards the true heights of greatness.

My question for you is, which road will you pick next time you’re faced with the choice to live up and into your character? Will you go the way of self-promotion, self-service or pleasure and do what’s easy, safe and personally or professionally convenient?  Or, will you do as General Schwartz did on September 11, 2001 and risk doing what must be done to support the greater good, despite the potential cost to self – willingly owning tough decisions, potential consequences and all?

Co-Founder & Senior Curator at GeneralLeadership.com
John E. Michel is a widely recognized expert in culture, strategy & individual and organizational change. An accomplished unconventional leader and proven status quo buster, he has successfully led several multi-billion dollar transformation efforts and his award-winning work has been featured in a wide variety of articles and journals, including the Harvard Business Review. In addition to serving our nation as an active duty General Officer in the United States Air Force, John enjoys helping people learn to walk differently in the world so they can become the best version of themselves possible. He is blessed to be married to the most patient person on the planet and together, they have two amazing sons. You are encouraged to learn more about John at his website, www.MediocreMe.com
- Contact John Michel via email ( [email protected])
- Military Biography
Tags: 9/11, Bernie Ebbers, character, consequences, decisions, Dennis Kozlowski, Enron, Integrity, Ken Lay, michel, Schwartz, Sep 11, service, Tyco, United Flight 93