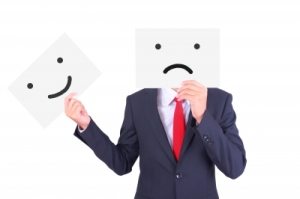 I failed. There, I said it. In the military, that phrase is unacceptable. Failure in an operation often equates to damage or death to the wrong side –ours. That goal of zero-failure permeates beyond operations to every aspect of the military. Accepting zero failure is perfect for an F-15 dogfight to the death; however, in matters not related to life or death, failure is critical to success. As the famous actor Mickey Rooney opined, “You always pass failure on your way to success.” Stated another way, to succeed you must fail.

In becoming a successful pilot, I failed many, many times…bad landings, terrible instrument approaches and horrible radio calls. But each failure taught me how not to do something. Learning from each repetition brought me closer to success. As Robert Schuller said, “Failure doesn’t mean you are a failure… it just means you haven’t succeeded yet.”

As a leader, how do you handle failure? If your employee botches an important sales pitch, do you fillet her or do you throw a fete to celebrate what she did well and help her improve for the next time? If you are in a manufacturing industry, does your company celebrate failures enroute to success or prosecute those responsible? Thomas Edison failed over 10,000 times before successfully creating a light bulb that worked. Imagine today if he had been forced to concede defeat.

Only when a person feels trusted can he view failure as success. It is a humbling experience for a person to admit failure in view of all his peers and leaders. If those same people embrace the failure, help him learn from it and pick out the golden nuggets of success, he will be able to grow from the experience. If, however, he is fileted and exposed for all his shortcomings, he will learn nothing but how to avoid being put in that situation ever again.

An organization with no sense of trust will discourage learning. After watching several other teammates be skewered by leadership for failing on a task, the rest of the team will play it safe. Just like a rat learns by watching other rats get shocked for stepping on a metal plate, employees will stay with what works and resist branching out to uncharted waters where learning occurs.

“Only when a person feels trusted can he view failure as success.”

The key to creating a learning organization is creating a culture of trust and the leader is the linchpin in this effort. The members of the team will watch the leader’s reaction to failure the first and every time it occurs. If the leader accepts failure gracefully and uses it as a teaching tool to improve future performance, the team will be more willing to stretch their boundaries and try new concepts. This leads to learning. As the brilliant Henry Ford said, “Failure is only the opportunity to begin again more intelligently.”

The next time someone on your team fails, pick her up, dust her off and help her find a new path to success. Every one of us as leaders can think back to multiple times we failed during our path to success and remember the leaders that helped us through the failures. Be the leader that accepts failure as part of growth and your team will exceed your wildest expectations!

Christopher P Levy is a driven leader with 24 years of experience in operations and international relations. A successful senior DoD leader from the tactical to strategic levels, Chris has earned documented success in the areas of curriculum and syllabus development, contract management and flight operations. He has specialized experience in tactical aviation, Intelligence, Surveillance and Reconnaissance operations and remotely piloted aircraft and is an active duty Colonel with command experience in the United States Air Force. With three NATO tours in Turkey and Afghanistan, Chris has demonstrated exceptional ability to succeed in multinational organizations. He and his wife, Wendy, live with their three children in Virginia.
Tags: Challenge, Defeat, failure, innovation, levy, success, Team