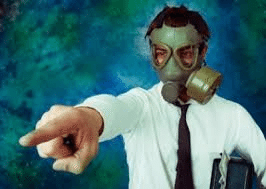 General George Washington and General Benedict Arnold were both effective leaders; however, their lasting effects on their organizations were profoundly different. Although both men were heroes of the continental Army, one went on to become the father of our country and is universally viewed today as an exemplar of selfless and inspiring leadership. The other became our nation’s most notorious traitor. His name evoking thoughts of someone who’s pride and self-oriented actions led him to sell out his young nation in hopes of personal fame, glory, and reward.

Two leaders. Both gifted. One added value and left his surroundings better than he first found them. The other’s unchecked ambition and inability to keep his toxic tendencies in check resulted in a legacy of disillusionment, betrayal, and mistrust.

We have all likely endured the overly ambitions boss or overbearing leader.  However, leaders with toxic-tendencies are something more. Rather than creating conditions for people to flourish and thrive and come fully alive, their destructive tendencies sap our strength and steal our joy. Their toxicity is a contagion which, in time, pollutes the culture of the entire organization.

The term “toxic leadership” is often used to describe those who have a profoundly negative effect on others. Be it a promise-breaking politician; arrogant or ignorant media personality; greedy corporate executive; demanding and demeaning military leader; or anyone else who routinely undermines, demeans, or micro-manages subordinates, toxic leadership has become all too commonplace. Much like General benedict Arnold, those men and women in positions of power and influence who possess an almost narcisstic preoccupation with themselves and their agendas do much more harm than good.

Richard Wagner, in his book Smart People Doing Dumb Things: The Case of Managerial Incompetence, shares how individuals with toxic tendencies are often the first to take more credit than they deserve when things go well and are often the first to point fingers of blame when they do not.  Rather than leading in a manner that creates strong bonds of mutual trust and respect in order to facilitate mission accomplishment, toxic leaders generate serious and enduring poisonous effects—fostering a climate of fear, distrust, divisiveness, selfishness, and a host of other unhealthy and unproductive conditions.

That’s quite a sad list, if you ask me. And the fact of the matter is, toxic leadership is neither new nor limited to a particular industry.

So what can each of us do to help prevent ourselves from exercising or expressing toxic tendencies? Try these simple practices:

Don’t Foster Blindspots. Going through life without asking for feedback is like driving in a foreign country without ever stopping to ask directions. One of the best ways to guard against developing toxic tendencies is to periodically ask those you know for their candid and constructive feedback. Determine if the way you see yourself is accurate with how others perceive you. Assess if your words and your ways, your tone and your temperament, carry tinges of arrogance or hints of haughtiness. Be open and genuinely interested in others feedback about your performance.

Don’t Be a Decision-Deflector. One of the single biggest ways a leader can undermine confidence and breed complacency is to be indecisive. Rather than step into their role as a decision-maker, leaders with toxic tendencies tend to deflect decisions, especially challenging or unpopular ones, for fear of looking incapable or incompetent. If this describes you, stop. Assert yourself when necessary, and take advice when needed.

Don’t Be Emotionally Hijacked:  Don’t allow your emotions to get in the way of your success. Knowing when to practice self-control and self-discipline communicates a sense of consistency and maturity to those around you.

Don’t Dodge Disappointment: Although setbacks, failures and disappointments can be a very real byproduct of leading, those with toxic tendencies often strive to play it safe. Given their insistent need to guard their egos and protect their public personas, toxic leaders prefer to dodge disappointment rather than recognize that risking  the sting of defeat is what could very well unlock opportunities for growth.

Don’t Be Afraid to Raise Your Hand:  Leaders with toxic tendencies are quick to reject responsibility. They refuse to accept the consequences of outcomes anytime doing so threatens their self-perpetuated myth they are too good to err. Don’t let that be you. Remember, sometimes your role as leader means having to shoulder the responsibilities of others’ actions. Are you ready to improve your leadership skills? Adopting some or all of these traits could be a step in the right direction.

Don’t Wield Power Over Others. Leaders with toxic tendencies routinely forget their primary job is to effectively guide others to achieve mutually beneficial goals and objectives. It’s not to indiscriminately wield power over them. If you are operating effectively as a leader, you likely have figured out the value you add is often invisible. It is what those around you achieve that truly validates your role, not what you do to promote yourself. Keep any toxic tendencies at bay by focusing on enabling others to succeed. Strive to liberate their talent and potential then, get out of their way.

Toxic leadership demotivates individuals and damages organizations by decreasing the commitment and motivation of their members. The negative outcomes caused by leaders with unchecked toxic tendencies create lasting and enduring harm to an organization’s culture and climate. As Ron Kaufman reminds us, “The culture of an organization is like a river. It can be fluid, strong and consistent, serving as lubricant while guiding its members in the right direction. In contrast a river can become stale and toxic, silently killing those who drink at its shore.”

What kind of culture are you promoting? Is it positive, energizing and inspiring others to be and do their best? Or is it polluted, stagnant and stifling, draining those around you of their energy, creativity, and potential?

Co-Founder & Senior Curator at GeneralLeadership.com
John E. Michel is a widely recognized expert in culture, strategy & individual and organizational change. An accomplished unconventional leader and proven status quo buster, he has successfully led several multi-billion dollar transformation efforts and his award-winning work has been featured in a wide variety of articles and journals, including the Harvard Business Review. In addition to serving our nation as an active duty General Officer in the United States Air Force, John enjoys helping people learn to walk differently in the world so they can become the best version of themselves possible. He is blessed to be married to the most patient person on the planet and together, they have two amazing sons. You are encouraged to learn more about John at his website, www.MediocreMe.com
- Contact John Michel via email ( JohnMichel@GeneralLeadership.com)
- Military Biography
Tags: ambition, ego, fame, glory, michel, Narcissism, polluted, positive leadership, reward, Richard Wagner, toxic leadership