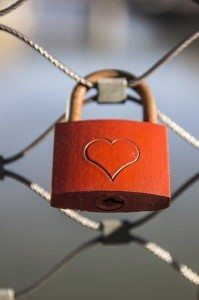 “I’ve learned that whenever I decide something with an open heart, I usually make the right decision.”
Maya Angelou

The great philosopher Aristotle once said, “You will never do anything in this world without courage. It is the greatest quality of the mind next to honor.” But courage is something more than a quality of the mind. It is, as I learned from my wife, primarily a condition of the heart.

My wife Holly is many wonderful things, not the least of which is a trained, classical, five-element acupuncturist. Admittedly, like many others, I was not sure what to think when she chose to pursue this very untraditional path. After all, it seemed so “out there,” so – dare I say – so unconventional. Personally, her chosen profession had another significant drawback. Namely, I don’t care for needles. Getting shots almost makes me faint. What if she wanted to practice on me? How would I nicely say, “No” without making the guestroom my permanent habitat? Needless to say, fear of what I didn’t know about my wife’s latest undertaking left me feeling far from courageous.

So what does Holly’s acupuncture training have to do with leadership, you ask? Simply this: It introduced me to a whole new way of looking at the important role the heart plays in making us not only healthier people, but in effect, better leaders.

From a Western perspective, the heart is a mechanical pump that transports blood first to the lungs then on to the rest of the body. This is a process we know as oxygenation. When the heart stops, death ensues. However, in Chinese medicine, the heart is far more than a muscle performing a required task for physical survival. The heart is actually considered the leader of the entire body, commonly referred to as the “Emperor.” It is the irreplaceable organ that rules all aspects of our being: physically, mentally and spiritually.

In acupuncture terms, when the heart is in a state of balance, it is said that the emperor rules wisely. We think clearly and creatively. We are articulate, can experience joy and passion from what we are doing, and are at peace with ourselves. We also connect more vitally with others and are considered at the top of our game. Our influence is positive and we routinely build value into those around us.

When the heart is unbalanced, however, the Emperor is deemed to not rule well. We are often ruthless, self-oriented, and distracted. Our thoughts are clouded and we become irrational and even inarticulate. We are often more interested in satisfying ourselves than investing in others. As such, we feel disconnected from those around us and as a result, our influence and effectiveness as a leader is greatly diminished.

The Chinese are not the only ones to recognize that our heart is not merely a physical organ but also, a symbol of the source of internal fortitude we draw from to guide our thoughts and ultimately, drive our actions. For example, the Hebrew Bible uses the term “heart” to describe the bundle of hopes, dreams, affections, interests, and ambitions we each possess. From such a view, our heart represents the source of all our motivations—what we love to do and what we care most about. In other words, it reveals to others the real us—who we truly are (our authentic self) and what we are willing to stand and fight for (our courageous self). As the Book of Proverbs aptly records, “as a face is reflected in water, so the heart reflects the person;” This is testimony to the truth we may pretend to be something we are not for a season, but ultimately, our words and ways will reveal the true conditions of our hearts.

In this vein it’s interesting to note that the Hebrew language actually has two words for courage. The first, chutzpah, is well known and carries negative connotations. People with chutzpah are often viewed as arrogant, pushy, and prone to act with little thought about the effect they have on others.

As a result, people find it hard to trust them.

The other Hebrew term for courage is Ometz lev, which means strength of heart. This type of courage derives from a personality that draws people to you; makes others feel valued, appreciated, and empowered; and communicates by our choices our commitment to pursuing right actions. In other words, it reflects a heart committed to building value into others’ lives, one others-centered choice at a time.

If you pause and think about it, many of the troubles we experience in life occur because we base our choices not on what our hearts advise us is the best course of action but rather, on unreliable sources such as culture (“everyone else is doing it”), tradition (“we’ve always done it this way”), reason (“this seemed the logical thing to do”), or emotion (“it just felt right”). When we allow external forces to determine our choices, our hearts (and ultimately our lives) evolve into a state of imbalance. And, bringing us back to Chinese acupuncture theory, the heart as “leader of the body” is deemed to rule poorly.

On the other hand, when our heart is in a state of alignment or balance, that is, our choices are aligned with our values, the emperor is said to be ruling wisely.

To rule wisely is to routinely make sound judgments, to learn from common experiences, and to embrace opportunities to grow into our potential by keeping an open mind.   All of these take courage, which affirms my belief that courage is the most important of all the virtues. After all, without courage, you cannot practice any other virtue consistently. You can be gracious for a while; you can be generous for a while; you can be patient for a while; or merciful for a while; even loving for a while. But, in the words of the late poet and author Maya Angelou, “…it is only with courage that you can be persistently and insistently kind and generous and fair.”

As Angelou adds, “One isn’t born with courage. One develops it. And you develop it by doing small, courageous things, in the same way that one wouldn’t set out to pick up 100 pound bag of rice. If that was one’s aim, the person would be advised to pick up a five pound bag, and then a ten pound, and then a 20 pound, and so forth, until one builds up enough muscle to actually pick up 100 pounds. And that’s the same way with courage. You develop courage by doing courageous things, small things, but things that cost you some exertion – mental and, I suppose, spiritual exertion.”

Remember, you will never do anything in this world without courage. But courage is something more than a quality of the mind. It is above all, a condition of the heart. A condition you shape by making one intentional, wise, virtuous choice at a time.

Co-Founder & Senior Curator at GeneralLeadership.com
John E. Michel is a widely recognized expert in culture, strategy & individual and organizational change. An accomplished unconventional leader and proven status quo buster, he has successfully led several multi-billion dollar transformation efforts and his award-winning work has been featured in a wide variety of articles and journals, including the Harvard Business Review. In addition to serving our nation as an active duty General Officer in the United States Air Force, John enjoys helping people learn to walk differently in the world so they can become the best version of themselves possible. He is blessed to be married to the most patient person on the planet and together, they have two amazing sons. You are encouraged to learn more about John at his website, www.MediocreMe.com
- Contact John Michel via email ( JohnMichel@GeneralLeadership.com)
- Military Biography
Tags: courage, Heart, Leadership, michel, Proverbs, Wisdom