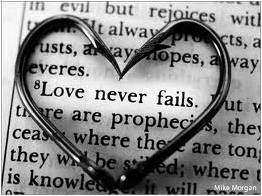 “There’s nobody I know who commands the love of others who doesn’t feel like a success. And I can’t imagine people who aren’t loved feel very successful.”
Warren Buffett

There is a legend that tells how many years ago in Scotland, a large eagle snatched a sleeping baby from the front of a small cottage. Numerous people witnessed the event, and they quickly gathered the entire village to rescue the infant. However, eagles fly and people don’t. So, it escaped, landing in a lofty crag high in the mountains above the village.

Almost immediately, many gave up hope the child could be recovered. Nonetheless, several villagers chose to exhaust all possible opportunities to save the baby.

The magnitude of the challenge before them was overshadowed only by the courage and commitment that swelled within them.

The first person to attempt a rescue was a brave sailor who had only recently returned from the sea. He set out with fierce determination, scaling the mountain hand over hand. But in time, he reached an impassable obstacle, acknowledged defeat, and abandoned the effort.

Though he possessed the courage to try, his commitment to the cause was derailed by the magnitude of the challenge before him.

Next, a rugged and experienced highlander stepped up to the challenge. He was a strong man with many years of mountain climbing experience. He set out with great determination and although he made it a little further than the sailor, he too could not quite make it to the top. Exhausted, his enthusiasm depleted, he turned back. His objective unattained.

Finally, the only person left was a meek, middle-aged peasant woman who stood by silently watching all that was going on. Then, quite unexpectedly, she too set out to try and save the baby. No one said anything, but it was obvious that everyone was thinking if a healthy, young sailor and a rugged highlander had failed to scale the heights, what chance did this meek woman have?

Though they admired her commitment, they doubted her potential.

The peasant woman quietly removed her shoes and started forward, carefully placing one bare foot in front of the other along the shelf of the cliff. Slowly, she rose higher and higher until much to everyone’s surprise she reached the child. She tenderly lifted the baby from the eagle’s nest while the villagers waiting below watched anxiously and fearfully.

The descent from the mountain was in many ways more difficult than the ascent. One wrong step would certainly result in death for both the peasant woman and the child. But slowly, the woman descended, careful of her every movement. As she took the final step down the mountain the villagers rushed forward to welcome her, still incredulous at her feat…profoundly moved by both her courage and commitment.

Many started asking how she was able to muster the strength and determination to achieve something so difficult; something so risky. They wondered aloud how she, against all odds, was able to succeed where others, seemingly more capable, had failed.

The peasant woman looked at those gathered around her and said: “It was simple. This is my daughter. As a mother, my love for her motivated me to scale heights the others could only dream about. My hope for her future inspired me to move forward when I was tempted to turn back. My unconditional commitment to her gave me the courage to continue even when the path ahead was uncertain.”

As the example of the unexpected heroine in the story reminds us, commitment to a cause enables us to do things well. Yet love for others empowers us to do them unconditionally; it compels us to achieve things together that we might otherwise never achieve alone.

For ages, scholars have defined love as the power that joins and binds the universe and everything in it. Love is considered the great harmonizing principle and, in the words of philosopher and theologian Teilhard de Chardin, love is the “only force that can make things one without destroying them.” Only love has the power to transform lives, heal sickness, mute evil, and reap harmony from discord.

Yes, I am convinced, love is indeed one of the most incredibly powerful forces available to mankind.

Who reading this has not heard of the power of love to spawn one of mythologies greatest tales, the Trojan War? A war that raged for 10 years and cost scores of lives, destroyed thousands of ships, and marked the end of many of the greatest heroes of the age. Again, all in the name of love. Or, who has not been moved by great movies such as Gone with the Wind, a brilliant and captivating tale of the power of love set in the midst of our nation’s Civil War? Or what of the many great scholars and poets who have tried for generations to capture the essence of the transformative power of love to bring about change and healing in a world constantly beset by travails?

The effect of love in our lives then, is what keeps us moving forward. It’s what helps us grow from both the joyful and the painful circumstances encountered in this journey called life. It’s what allows us to muster the personal power to not give up, even when circumstances would compel us to do otherwise. Powerful enough, in fact, to help us as it did the peasant woman, to scale new heights and reach peaks others could only dream of.

Co-Founder & Senior Curator at GeneralLeadership.com
John E. Michel is a widely recognized expert in culture, strategy & individual and organizational change. An accomplished unconventional leader and proven status quo buster, he has successfully led several multi-billion dollar transformation efforts and his award-winning work has been featured in a wide variety of articles and journals, including the Harvard Business Review. In addition to serving our nation as an active duty General Officer in the United States Air Force, John enjoys helping people learn to walk differently in the world so they can become the best version of themselves possible. He is blessed to be married to the most patient person on the planet and together, they have two amazing sons. You are encouraged to learn more about John at his website, www.MediocreMe.com
- Contact John Michel via email ( [email protected])
- Military Biography
Tags: Leadership, love