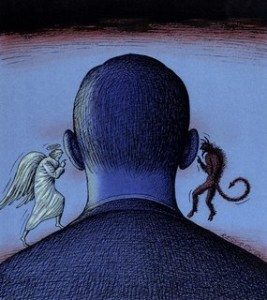 When I think of the term, “Moral Courage,” I recall a presentation I heard many years ago by a former Commandant of the Marine Corp, Gen Charles Krulak. He gave a powerful depiction of moral courage based upon his experiences as a young combat infantry officer in Vietnam.

After reading Gen Krulak’s remarks, it is clear why moral courage is a defining principle that our society needs more than ever in these challenging times.

Moral courage is not a combat-only requirement – it is a critical component to an organization’s overall well being. Leaders in all types of organizations, and at every level, must be willing to do the right thing regardless of how difficult it may seem to take that first step.

Several years ago, I assumed command of a unit that was not functioning at a basic level expected of an Air Force squadron; as such, the previous leadership team was fired. Discipline across the unit was lacking, due in great part to the previous leadership team’s unwillingness to uphold basic organizational standards. Mid-level supervisors became so disillusioned and lackadaisical that they stopped caring about their younger Airmen’s’ training and readiness to carry out their day-to-day duties and deploy to forward operating locations. We clearly had a messy situation on our hands that needed to be corrected immediately! Our efforts revolved around accountability–that of the offenders and of those who could speak up but chose not to.

After several months of working these challenges, a male and female Non-Commissioned Officer (NCO) along with my new Senior Enlisted Leader walked into my office and asked to close the door. The NCOs started the conversation by first saying that they came to me because they felt they could trust me to do something about a serious problem within the ranks. They told me about a senior civilian in the unit who allegedly sexually harassed numerous women throughout the unit. I asked how they knew this information and the female NCO said, “He did it to me.” I also asked why no one else brought the matter up previously – why now? The NCOs said they had no faith that previous leadership would do anything, and others in the unit feared their careers would be jeopardized by reporting the senior civilian. In those two Sergeants, I was witnessing moral courage.

Fast forward one year, an investigation I directed resulted in termination actions against the civilian. Despite threats of lawsuits, and retaliation complaints against unit leadership, the Merit System Protection Board upheld the Air Force’s decision to remove the employee. I believe our unit began to recover that day from some truly heinous behavior that many knew about but did not have the courage to speak out against. This was clearly not a physically perilous situation like the one Gen Krulak faced, but it certainly had the ability to rip the heart out of that squadron if left to fester.

At the end of my command tour, I departed the squadron knowing that our team left it better than we found it. I will not tell you that we fixed every discipline problem, but we got it under control. I will not tell you that every Airman was absolutely meeting and exceeding Air Force standards, but they all clearly understood their performance expectations. And I cannot tell you that we eradicated sexual harassment in the ranks, but I can confidently say that everyone knew some action would be taken if it reared its ugly head again. What I know for sure is that moral courage is a powerful inspiration that everyone—followers and leaders—is capable of in times of crisis.

It is easy understand how troops in combat can summon courage from deep within to win battles and protect their fellow soldiers. Leaders in all types of organizations must also remember that ordinary people, in extraordinary circumstances, may also need to find the courage to confront troublesome situations that run counter to an organization’s values, culture and goals. If people know that their leaders will support their efforts, I believe you will find even more of them who are willing to take the extra step to right a wrong.

Our mandate as leaders is to display moral courage at the right place and time to ensure followers will follow and do what is right with the utmost confidence and courage. In my unique situation, my subordinates displayed the right stuff during a tough situation. More likely, your employee will look to you to set the tone for courageous behavior. When they look at you, what will they see?