LEARN to be that Somebody 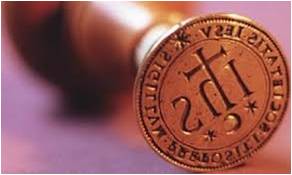 “To fear love is to fear life, and those who fear life are already three parts dead.”
Bertrand Russell

In the year 1540, ten men with no capital and no business plan, but with relentless commitment, built what is today considered the most influential business of its kind. The founders (and those who would follow them) were so successful at everything they did they quickly became confidants and advisors to kings and emperors around the world.

Deeply devoted to the value of lifelong learning, the organization these leaders built has become the largest higher-education network on the planet. With a passion for serving others but no plan on how to run a school, they nevertheless established thirty colleges in less than a decade. Two hundred years later, this number has swelled to seven hundred secondary schools and colleges spread across five of the seven continents.

All of which, mind you, continue to thrive today.

At the same time they were building schools, they were also having a huge influence on the arts and sciences as mathematicians, astronomers, physicians, and mapmakers. In fact, they were the first to successfully cross the Himalayas, to paddle the Blue Nile, and to chart the upper-most parts of the Mississippi River. If that is not impressive enough, they also created the first comprehensive atlas of China and eagerly shared the findings of their global travels with all who were interested.

Today, almost 500 hundred years later, this innovative, people-centric organization known as the Jesuits is flourishing. With over twenty-one thousand professionals running two-thousand institutions in more than a hundred different countries, they continue to seek new ways to motivate others to take action; they remain as committed as ever to leveraging their love of learning to make good things happen; and they still make it a priority to challenge the established ways that our society operates.

Some reading this may be familiar with the Jesuit order, many may not. Admittedly, I wasn’t for a very long time. But what I found in studying this fascinating five-century old “corporation” was an inspiring example of a group of people who have committed their lives to becoming the best human beings they can possibly be. Not for selfish gain, mind you. But because they understand a life well lived is a life dedicated to serving humanity—one opportunity to add value to your surroundings at a time.

Admittedly, some of you reading this may wonder what you can learn from these unlikely world changers and universe benders. After all, they are members of a religious order that may be different from yours. However, like the Jesuits each of us wants to use our time, talent and energy to help make the world better than we first found it. We, like the Jesuits strive to lead our lives for a higher purpose. And we too, want to lead a lifestyle that equips, mentors, trains, and coaches others to become the best possible version of themselves.

I suggest the same secrets to success the Jesuits employed for the past five centuries to challenge old assumptions and unlock new horizons, can also elevate our performance, enhance our effectiveness, and encourage us to spend more time looking outside ourselves so we can become more effective at serving those around us. Here are five lessons we can all L.E.A.R.N from these impressive others-centered change agents—lessons that will not only make us more effective leaders, but happier, healthier and more satisfied individuals.

Lead with Your Talents: The Jesuits are driven by an intense desire to add tangible value to their surroundings. They are passionate about their cause and relentless in their drive. But they understand possessing passion without talent is like driving a car without a full tank of gas—it won’t get you as far as you want to go. To be truly effective you must understand your own talents and make it a priority to learn the talents of those around you. The greater your ability to illuminate, activate and celebrate the capabilities of your team, the greater the likelihood you’ll enhance everyone’s potential for success.

Encourage Excellence: The Jesuits’ many amazing accomplishments are not the result of good fortune, chance or luck. Their success is a byproduct of bold goals meticulously planned and deliberately executed. Their impressive results reflect what can be accomplished when people transform their desire to pursue excellence into a way of thinking and being that makes the most of opportunities to promote positive change—a reminder that one of the greatest compliments we can pay someone is to encourage the pursuit of excellence in them and from them.

Act with Intentionality: The Jesuits learned long ago the value of intentionally acquiring mastery in their respective area of expertise, anticipating emerging patterns in their surroundings, and finding opportunities to promote progress in pressure situations. They also understand the most successful leaders challenge the members of their team to think deeply while trusting them enough to make choices that will stretch them in new, and at times, uncomfortable ways. Remind those around you that leadership is largely a learned behavior that becomes unconscious and automatic over time. Challenge them to question if they like the leader they are becoming.

Refuse to Settle for Good Enough: If one thing rings out loud and clear about the Jesuits’ unparalleled success it’s that they never stop believing that opportunities exist all around them to elevate the bar on their performance. Throughout my own career I have made it a priority to seek out bosses, coworkers, mentors and assignments that would help me grow. I’ve done so even if it meant leaving people scratching their head wondering why I didn’t take the “safe bet” or press forward with the “sure thing.” And here’s why. I know I will never become the leader I want to be and others deserve to see if I allow myself to settle for good enough when I’m capable of so much more. You won’t either. Don’t settle. Push yourself to be your best you.

Never Let Fear be Your Driving Force: Another reason for the Jesuits’ incredible success over the past five centuries stems from their founder Ignatius Loyola’s firm belief that the accepted practices of his time were insufficient to bring about positive, lasting change in the world. Remember, Loyola lived in an era when power was controlled by a handful of institutions and ultimately, consolidated by those who controlled those institutions. The majority of individuals in leadership positions chose to wield fear as a tool to institute compliance and reinforce conformity. But Loyola and his team understood fear constrains people while love, kindness and compassion liberates them. They figured out that fear paralyzes initiative, stifles creativity, and provides no incentive to stretch and to grow. We must recognize the same. Fear is a force dissipater whereas selflessness is a force multiplier.

When Jorge Mario Bergoglio was selected as the 266th pope of the Catholic Church in early 2013 he immediately showed the world his leadership style would be different than those before him. From declining the papal limo and riding the bus, rejecting the traditional red papal slippers and settling for simple black shoes and refusing the opulent apartment in the Apostolic Palace in favor of living in the Vatican guesthouse, the world’s first Jesuit Pope is demonstrating daily his commitment to becoming the best human being he can possibly be. Not for selfish gain, mind you. But because he understands a life well lived is a life dedicated to serving humanity—one opportunity to add value to your surroundings at a time.

Keep in mind, you don’t have to be a pope or belong to a religious order to set an example worth emulating. You just have to be willing to LEARN the lessons of some of the world’s most successful change agents and resolve to be someone who can get over themselves in order to serve a purpose greater than themselves.

Ready to be that somebody?

Co-Founder & Senior Curator at GeneralLeadership.com
John E. Michel is a widely recognized expert in culture, strategy & individual and organizational change. An accomplished unconventional leader and proven status quo buster, he has successfully led several multi-billion dollar transformation efforts and his award-winning work has been featured in a wide variety of articles and journals, including the Harvard Business Review. In addition to serving our nation as an active duty General Officer in the United States Air Force, John enjoys helping people learn to walk differently in the world so they can become the best version of themselves possible. He is blessed to be married to the most patient person on the planet and together, they have two amazing sons. You are encouraged to learn more about John at his website, www.MediocreMe.com
- Contact John Michel via email ( [email protected])
- Military Biography
Tags: example, Inspiration, Learning