What Happened to Long Term? – Pt 1 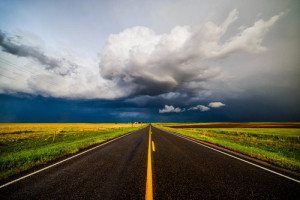 “Life is too short
for long term grudges.”
Elon Musk

In short, several leaders are looking for the quicker fix or route to success. I am going to explore what has happened to long term and ways leaders can take a more tried and true approach toward success than is being taken now. I will do this in 3 blogs, the first of which will look into some of the successful entities and what makes them successful. The second will explore some of the approaches taken with respect to some of the decisions being made on College Football and NFL Coaching changes considered at this time of year. The third will look at changes being considered in the corporate and non-profit arenas.

It seems everyone is aiming toward being or having the best and wants to get there in the shortest possible time or route. I would submit that all are chasing what I term the ‘elitists’ because they are the ones that have not only made it to the top but have learned how to stay there or sustain themselves.

In the category of the organizational elitists, I would include the following:

What is it that makes them so successful? What are the threads that lead to a fine finished product?

Is it possible to turn organizations around in a short time period with short term strategies? Sure there are several examples of the turnarounds that did not quite have staying power. Sometimes filling holes with short term solutions like junior college ball players or free agents can get an organization up to the top, but find it difficult to stay there. Sometimes being unethical or doing somewhat illegal things can help you achieve top status as well.

I call these the ‘One hit wonders’ or ‘One and done’ transformations. I would place WorldCom, Enron, and FLA Marlins in 1997 when they won the World Series and then had a fire sale from bringing in higher priced free agent. A slight exception would be the TB Bucs winning the Super Bowl the year after Tony Dungy was fired.

So you want to be a successful leader in your little empire. What should be your formula for success? Are you going to be chasing the elite with a short term strategy? The choice is yours pay now or pay later, in the words of the old AAMCO commercial.

Can these precepts apply to you as a small business leader or first line supervisor? Where does a long term strategy and vision start to affect a leader’s ability or performance? Stay with us as we explore the possibilities in the next 2 blogs……the next one explores the strategic hiring of College Football head coaches.

Author at GeneralLeadership.com
MG (Retired) Mike Diamond is CEO and President of Diamond Strategy, a leadership training and consulting organization focusing on improving the quality of leaders in organizations. He has commanded at every level in Army Logistical organizations, the 377th Theater Support Command (Fwd) following the ground campaign and also served 2 tours at US Central Command as the Deputy Director for Logistics and Director for Coalition Coordination. He has also held parallel positions in civilian organizations from supervisor to VP. His leadership experience and training blends the best of breed from both military and civilian sectors.
Tags: decision making, Diamond, General, investment, Leadership, long term, Process, results, strategy, Transformation, Vision