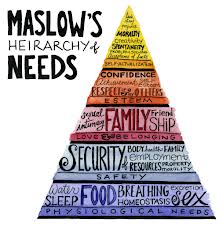 “To matter means to be of consequence or importance to others.”
Angela Maiers

Do you believe you are seen, acknowledged, and valued?

Most importantly, do you believe you can make a difference in the world around you?

How we answer these questions about if, how and why we matter, be it at nine, nineteen or seventy-nine years old, speaks volumes about our self-concept, self-esteem and, ultimately, self-confidence.

It also forms the foundation of how we choose to show up in the world.

I learned this lesson first-hand years ago working with homeless youth while completing my post-graduate work in Seattle. Admittedly, the many reasons young people turn to the streets is well researched and documented. Those I spent time with over several months were certainly no exception. However, my purpose was not to explore the why they were on the street but what it is these young people wanted most out of life. The ultimate goal of my research was to better understand the motivational factors that can help those facing particularly challenging circumstances to set aside the fears they possess in the present so they can begin making different, more empowering choices in the future.

Over the course of several months, I interviewed dozens of youths ranging in age from thirteen to thirty. Meeting in groups of four or five over a cup of coffee at a local Starbucks or, in time as I became more trusted, sharing a “forty” in one of their favorite alleys, I was able to hear their stories first-hand. After scores of interviews, in which I would simply ask if they could have (or experience) one particular thing in this stage of their lives, what would it be? A single, primary theme emerged loud and clear as the dominant desire of their hearts.

It wasn’t the desire to return home (or to even have a home, for that matter).

Nor was it a desire to be in a relationship (although I found it fascinating that these young people on the street actually self-organize into family units of sorts, but that’s a different story).

“The desire to be acknowledged as a person having innate value and worth [is] what they desired the most.”

It was simply that they wanted to “be seen,” to know they mattered, to those around them.

Quite sadly, these young people relayed time-and-time again the greatest heartbreak came from people passing by on the street and treating them as if they were “invisible,” diverting their gaze so they would not have to make eye contact, “looking past” them as if they didn’t exist, or, in some cases, even choosing to cross the street rather than have to walk past them on the sidewalk.

The desire to be acknowledged as a person having innate value and worth–to be genuinely “seen” by others–was cited by well over 90% of the people I interviewed as what they desired the most.

But there’s a twist to my research project I haven’t told you. You see, I wasn’t just conducting this study with those living on the streets. Over the same year I conducted similar discussion groups with students at a prominent public university on the East Coast and even young men and women attending one of our nation’s military academies. Though their circumstances were certainly different, their responses were not. During our numerous discussions, those attending these prestigious schools also ranked the desire to be seen as someone of innate significance and worth as the highest of several factors they could choose.

In effect, they, like those young people living on the streets of Seattle, confirmed that mattering, matters.

What Maslow Got Right

Although some may challenge the statistical significance of these findings, or even question the size and scope of the survey groups themselves, no one can argue with the fact that what these young people were affirming is true for most people. In short, feeling valued by others is fundamental to our happiness and well-being. It provides us with the increased sense of confidence we need to suspend our fears so we can continue forward in our journey to stretch and grow into the best version of ourselves possible.

And science helps us understand why this is so.

Since Abraham Maslow created his now famous Hierarchy of Needs, everyone from researchers, business leaders, teachers, parents and pastors have sought to better understand what motivates people to fulfill their innate potential. Unlike many psychologists of his day who chose to focus on all that is or goes wrong with people, Maslow opted to adopt a more positive account of human behavior which focused on what goes right. As such, he believed that human motivation is based on people continually seeking fulfillment and change. In other words, for Maslow, we all strive to thrive. We all want to know we have value—that we matter—and that we are doing something that is meaningful and important.

Accept themselves and others for what they are;

Are spontaneous in thought and action;

Are more others-centered than self-centered;

Are better prepared to look at life objectively;

Are capable of deep appreciation of basic life-experience;

Although Maslow’s fundamental concept has been expanded and subsequent research has brought into serious question the validly of several of his assertions, what is indisputable is our feeling of being emotionally engaged, connected to others, innovative, and equipped to experience true meaning and satisfaction in and through our life, is grounded in the higher order belief that we matter. Mattering, I offer, is the key to unlocking both our potential and our highest sense of possibility. So what can each of us do to help communicate in words and ways to those around us that we see them and that they matter? Borrowing suggestions from my good friend Angela Maiers, we can begin or end sentences with the word “you.”

It was great to spend time with you.

I couldn’t have done it without you.

You made my day.

Mattering, the belief each of us contributes individually in a unique and important way, is essential to our ability to effectively perform at work, at home, and in life. The greater the feeling that we personally matter and are making a difference, the more meaningful our relationships and richer our connections with those around us. The reality is, when we believe we matter, everyone wins: our community, company, family, team, and perhaps most importantly, ourselves.

Can you appreciate how small actions you take today might make a difference in someone’s life tomorrow? Can you imagine the far ripples those actions might travel to affect others?

Remember, mattering is a choice.

I recommend you consider making the choice everyday to offer, thank, encourage, inspire, and let others know you notice and believe in them. It could be and often will be the most powerful thing you do all day.

Why not begin, today?

Co-Founder & Senior Curator at GeneralLeadership.com
John E. Michel is a widely recognized expert in culture, strategy & individual and organizational change. An accomplished unconventional leader and proven status quo buster, he has successfully led several multi-billion dollar transformation efforts and his award-winning work has been featured in a wide variety of articles and journals, including the Harvard Business Review. In addition to serving our nation as an active duty General Officer in the United States Air Force, John enjoys helping people learn to walk differently in the world so they can become the best version of themselves possible. He is blessed to be married to the most patient person on the planet and together, they have two amazing sons. You are encouraged to learn more about John at his website, www.MediocreMe.com
- Contact John Michel via email ( JohnMichel@GeneralLeadership.com)
- Military Biography
Tags: angela maiers, believe, choice, Encouragement, gratitude, heirarchy, Inspiration, john michel, maslow, Matters, needs, You Matter