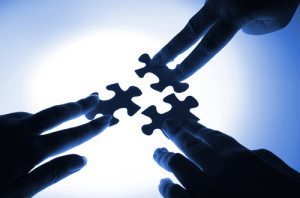 I often find myself binning leaders into one of two categories: those who are process-centric, and those who are problem-centric.  Generally speaking, the former develops and refines processes in an attempt to synchronize an organization.  The latter stays focused on getting the right product or service, to the right person or customer, at the right time.  Between the two, the problem-centric leader has the best chance of creating competitive advantage when he or she instills a problem-solving culture throughout their organization.

Process-centric leaders, however, are far more in number.  At a conference in 2007, retired Marine Gen. Anthony Zinni warned the military was entering an age of process warfare.  He believed many leaders tried to make the war fit the process, rather than making the process fit the war, and we as a military were consequently becoming less adaptable.  As they often do, many leaders began to worry more about the metrics and less about the mission.  I’ve personally seen this play out in combat operations and have heard many similar stories from my friends in government and private sectors.

For example, a friend of mine uses business “dashboard” software to monitor activity throughout his company and the marketplace.  While useful, he realizes the dashboard doesn’t tell the full story of what’s actually happening and why.  Many of his peers, however, make snap decisions using the dashboard data alone rather than using the technology to facilitate discussions with employees.  He notes many managers insist on sticking to processes that feed the dashboard.  As a result, prescriptive guidance rains down from the top and compliance regimes form that often impede their organization’s ability to adapt to a changing marketplace.

As an engineering culture, we Americans almost can’t help ourselves but to bias toward process and under-emphasize the art in our business practices.  We increasingly use process as a means replace to collaboration, making the metrics we love blind us to the flaws in the processes behind them.

“Leaders owe their teammates an opportunity to leave the job at the end of the day knowing they’ve made a difference.”

But there is a way out.  The key is to leverage the talents and capabilities of each employee to solve problems.  When a leader creates a culture that focuses on problem solving, their organization quickly adapts to their operating environment.  A leader can best do this by focusing employees on the three main components of problem solving—critical thinking, collaborating, and innovating.

The first step in problem-solving is framing the problem itself—a process effective organizations conduct at every level.  This important step requires employees to apply critical thinking…a common term these days.  To put it simply, critical thinking is an effort to look at an activity or an organization holistically and systemically.  It’s an attempt to understand all the factors in a situation and how they collectively interact.  Most people apply critical-thinking to the aspects of their life that matter most…relationships, hobbies, and sports teams for example.  The challenge for leaders is getting employees to apply the same critical thinking skills to their jobs.

One of the ways to promote critical thinking is to conduct exercises or planning events that give employees a chance to see the big picture.  A practical exercise we often use in the military is the rehearsal of concept, or ROC, drill.  The ROC drill brings people together to work through a complex task.  A leader normally reviews the purpose, objectives, and proposed course of action.  They ask people from each area to discuss their concept to support the effort, focusing on their own objectives, needs, capabilities, and constraints.  Along the way, a more complete picture of the way forward comes into view…not just for the leader, but for each participant.  Critical thinking exercises, like a ROC drill, allow employees to see what information they have that is valuable to others, and vice versa.  In that regard, it encourages collaboration.

Many of us complain about the amount of time spent at the proverbial water cooler when we realize our email inboxes are filling up in the meantime.  Many bosses and employees don’t understand the problem isn’t the water cooler…it’s the emails, staff meetings, and other events that take employees time away from problem solving. Creating a collaborative environment doesn’t mean we should have more meetings…which, let’s face it, are really about feeding the boss.  Emails and meetings are often a necessary evil, but there is a point where they become counter-productive.  In-person conversations among small groups, or even just two people, are still the best way to generate the ideas to tackle an organization’s problems.

Leaders can best encourage small group conversations within their organization by doing it themselves.   During those discussions, they should encourage their employees to make specific personal connections to overcome problems.  Not only does this reduce the amount of emails and meetings, it fosters relationships and teamwork.  When an organization is bound together by personal relationships, employees tend to overcome process flaws, and are more likely to generate innovative solutions to problems.

Though innovation can come from anywhere, we often need the right organizational structure to facilitate it.  Organizations tend to group employees by function (or specialized departments), which makes sense from an efficiency standpoint, but not always from the standpoint of generating innovative solutions to problems.  In the last couple years, I’ve started seeing something remarkable throughout the workforce.  More employees have become more likely to use technology to develop their own tools in solving problems.  I began to realize the innovation wasn’t about the tech.  It was about the way we structured the organization to understand problems, learn from each other, and innovate using the technology.

In the military, we frequently “task organize,” which means creating an ad hoc organization to tackle a specific task or mission.  We organize “task forces” to bring in different experts and capabilities.  While this sounds like a massive undertaking, it really is a scalable concept.  When people from different backgrounds tackle a problem together, they tend to do it more efficiently and effectively than a group with the same background.   Imagine what a handful of people (a small task force) with the right mix of backgrounds and capabilities could accomplish.  A leader can gauge how effective their organization is at problem solving when these task forces start to self-organize, with no direction to do so from the top.

When a culture emerges that centers on critical thinking, collaboration, and innovation, an organization adapts and shapes outcomes in ways that no process-centric organization can.  Even better, when employees know they have the ability, authority, and responsibility to solve problems, they tend to be happier and more resilient.  Leaders owe their teammates an opportunity to leave the job at the end of the day knowing they’ve made a difference.
A problem-solving organization will do just that.

Author at GeneralLeadership.com
Jason M. Brown is a senior leader with over 20 years of military service, including 8 years living abroad. During his career, Jason developed and coordinated policy for senior government officials, managed multi-million dollar budgets, and led units engaged in combat operations. He has extensive expertise in European, Mediterranean, and African security issues. Jason has commanded at the squadron and group level and is a graduate of the USAF Weapons School, USMC School of Advanced Warfighting, and Air War College. He has written for Joint Force Quarterly, The Best Defense (Foreign Policy), Air and Space Power Journal and other publications.
Tags: culture, Leadership, Learning, problem-solving, solutions, Team