The Art of Applying STEM: Why STEAM Matters 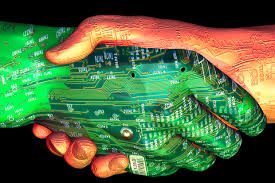 “The first principle of architectural beauty is that the essential lines of a construction be determined by a perfect appropriateness to its use.”
Gustave Eiffel
(designer of the Eiffel Tower)

Trying to Fly When the
Dashboard Gets in the Way 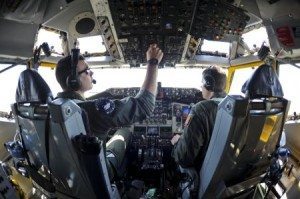 This article was co-written by Colonel Matthew T. Fritz (pictured here in the cockpit of a KC-135 at Edwards AFB, CA) and Ms. Deborah Mills-Scofield

“You are cleared for the approach…,” relays Edwards Air Force Base air traffic control as my copilot and I began the well-choreographed cockpit dance that followed such announcements. I focused my attention outside the aircraft at the Southern California Mojave-desert landscape and managed the flying side of the responsibilities. By contrast, my copilot fixated on the myriad of button presses, page-over’s, screen scans and the eventual cursing under her breath as she attempted to wrestle the flight management system into submission to give us the necessary displays.  The system that she negotiated was painstakingly designed over years of complex engineering; innumerable lessons learned acquired from aircrew gone before us to make our job simpler, safer and more reliable. The software interface on the little green screen was complete in every regard except one: intentionality of design.  The engineers had dutifully ensured that every possible nuance of the crew’s requirements was met: visibility (tiny green screen complete with brightness dial), form factor (buttons galore representing every possible letter, number, character and callout), and depth (page after sub-lettered page allowing access to calculations which could quite possibly master the cosmos).  How, then, could something so useful and expensive be reviled at this critical moment of the flight?  The answer is simple: it wasn’t user friendly.  In fact, it was so complex that if every screen were printed out in exact proportion to represent all available functions, the flow chart from the 8-buttons on the home page would cover an entire wall from beginning to end.  As you can imagine, hunting and pecking on a small computer is not preferable to any passenger when compared with the most important task at hand: flying the airplane.

As a career operational flight tester, I’ve had the misfortune of enjoying many experiences like the one above. Operational testing is important to assure the final product meets the user’s needs.  Systems can be designed perfectly to specification, but if not operationally suitable and effective, they are not going to fill the requirement.  Generally, in such operational tests, I knew that my name (and reputation) was at stake on the final product that the field — my peers and generations of airmen after me – would soon employ.  As such, I took my role quite personally and was happy to see many positive changes and redesigns result from the rigorous efforts of our testing teams.

Why “Art” Matters As Much As Technology

Intentionality of design is an important component of any successful project. It means understanding the customers’ needs to ensure the final product meets, or exceeds, those needs in the customers’ own context and constraints. Wouldn’t it be great if these were baked-in at the beginning? If we intentionally designed products, services, and processes not only to be useful, but preferred? We are great at designing Science, Technology, Engineering and Math, STEM, into products, but not as great with design from the actual users’ perspective. Design Thinking is not new, but through “STEAM” (Science, Technology, Engineering, Art/Design and Math), its gaining recognition and validation in more aspects of our lives – in the things we use and how we use them – next iPhone, Golden Gate Bridge, pacemaker, insulin pump, etc.

When STEAM is the Only Option: Air Advising in Afghanistan

What about the military? We don’t think of the military as a STEAMy organization, but parts of it are. As Deb described STEAM and its role in “for/not-for-profit” businesses (as well as B2B and B2C), Matt realized that much of his work in his recent deployment to Afghanistan depended on STEAM. Building a new and resurgent Afghan Air Force from the ground up, while simultaneously flying it and using it in the fight, is no typical task. It is a combination of the complex, complicated and dynamic, to put it mildly.

Matt knew, more than most of us ever will, that understanding the culture of your customer cannot be underestimated. Making up for a delayed start in comparison to Afghan ground-based capabilities, NATO/US advisors had to work closely with their Afghan counterparts. Think about the language barriers, cultural differences, environmental factors (did someone say big mountains?), and the fact you are learning to fly in a combat zone and you’ll quickly see the immense challenge faced by our advisors and our Afghan student pilots.

In designing a framework, Matt and his colleagues embarked on a quest to first understand. The relationship started with a simple question: “How do you envision your Air Force?” From there, the design and build was a partnership with mutual goals and a common understanding of where everyone was trying to go. Too often, one is tempted to force their own lens or culture upon the customer—negating their perspectives and their wisdom in favor of our own biased idea of success. Imposing a western-view of the world would not have satisfied the true need of the Afghan Air Force, nor would it have done the young student pilots our advisors were training any good. The phenomenal progress and growth of the Afghan Air Force, and consequently the successes of NATO Air Training Command-Afghanistan, was a result of collaborative effort involving the user at the outset of design. Through inclusive value-streaming events involving Afghan leadership in the process of building and designing outcomes that fit not only their needs, but also their perspective, context and constraints, years of bureaucratic roadblocks were removed and immense progress was realized in a very short period of time.

Like much in this part of the world, sharing ideas from one culture to another is simpler when macro-level ideas are broken down into smaller, more understandable parts. The same can be said for the relationship between STEM and STEAM—the insertion of Art into the equation enables STEM to flourish and synergize with the customer. Matt’s team’s mission in Afghanistan was to set the conditions for a professional, fully independent and sustainable Afghan Air Force. That’s a pretty large task for anybody, requiring significant resources, mostly human capital.

Most emotional-intelligence experts will agree that any exchange involving the human element requires understanding each other’s needs to be successful. Assisting the Afghans in building an air force that was effective required technical assets. These assets required training to establish and use a system providing the legitimacy to take care of people inside their borders and become influence leaders outside their borders; in other words, a STEM-based mindset. Our advising stretched beyond pilots and cockpits to every function and facet of human resource.

Adding art and design to the equation forced the team to look at the world through a different lens: the culture, capabilities and motivations of their Afghan counterparts. Through a better understanding of and between the partners, what the USA, NATO & Afghan airmen and airwomen built wasn’t just effective it was sustainable! This is where the true magic of STEAM came into play – resulting in a design that was strategically desirable and “wanted” by the end-user, because their needs were baked in up front. It stood a much better chance of being sustainable in a resource-scarce environment.

A Practical Application of STEAM

Imagine learning to fly an airplane. The transition from driving a car to flying a plane forces you to think in 3-dimensions.  Aircraft also move much faster. You have to “think ahead of the airplane” as the lag between recognition and reaction can mean you’re “hanging on to the tail of the aircraft” if you aren’t keeping up with the machine.  Now induce language barriers, cultural differences, environmental factors (did someone say big mountains?), and the fact you are learning to fly in a combat zone and you’ll quickly see the immense challenge faced by our advisors and our Afghan student pilots.  The value of the Air Advisor was realized through effective cultural and language training prior to deployment and ensuring we had the right people doing the right job.  Not everyone has the emotional intelligence skills required to see the world through their counterpart’s eyes…but NATO Air Advisors proved they had the right stuff.  Imposing a western-view of the world would not have satisfied the true need of the Afghan Air Force, nor would it have done the young student pilots our advisors were training any good.  Their advising stretched beyond pilots and cockpits to every function and facet of human resource required to run an Air Force.  By building from the ground up with the end-user at the center of the blueprint, the final results reflected the Afghan culture throughout.

Effective advising, just as an effective implementation of STEAM in any environment, requires empathy and understanding commensurate with technical credibility. The result? Together, the NATO team was building a system that was Afghan-appropriate, effective and sustainable. In the end, that is what ultimately mattered.

This article was co-written with my good friend, Deborah Mills-Scofield, and a modified variant was previously published by our friends at SwitchandShift.com

Photos Courtesy of US DoD and the 438th Air Expeditionary Wing/NATO Air Training Command – Afghanistan. The images depicted and opinions expressed in this article are solely those of the authors and do not represent those of any agency of the United States Government, expressly including, but not limited to, the Department of Defense or the United States Air Force. 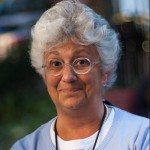 Deborah Mills-Scofield is a partner at Glengary LLC, an early stage venture capital firm in Cleveland, OH, and an innovation and strategy consultant. Her patent from AT&T Bell Labs was one of the highest-revenue generating patents ever for AT&T & Lucent.  You can read more about Deb on her website: Mills-Scofield.com or interact with her on Twitter at @dscofield.

Matthew T. Fritz is a leader and mentor in the field of complex organizational change, emotional intelligence, and organization strategy. A successful DoD senior-acquisition program manager and test leader, Matt has earned documented success in the areas of test and evaluation, assessment, technology development and flight operations. He has specialized experience in cost, schedule and performance management and is an active duty Field-Grade Officer with command-experience in the United States Air Force. Matt is also a certified acquisition professional, as well as a certified Emotional Intelligence Trainer/Practitioner. He is the Author of an instructional book entitled, “Leveraging Your LinkedIn Profile for Success” and actively blogs with other military leaders at GeneralLeadership.com, as well as his personal blog at AdvancedVectors.com.
Tags: Afghanistan, art, B2B, B2C, climate, Corporate, culture, Deborah Mills-Scofield, Design, for profit, military, NATC-A, NATO, not-for-profit, Society, STEAM, STEM, Switch and Shift, Understanding