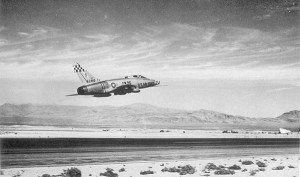 Quite a wager for a Captain in the 1950’s by any standards—even more so when the challenge is laid at the feet of pilots at the premier fighter training facility in the country. Invariably, students found themselves in front of him wishing they’d never taken the bet.… Read the rest