The Timeless Allure of Leadership 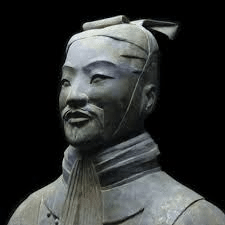 “The signs of outstanding leadership appear primarily among the followers. Are the followers reaching their potential? Are they learning? Serving? Do they achieve the required results? Do they change with grace?”
Max DePree

Unquestionably, the rapid advances in technology and rate of change in organizations has made the challenges associated with leadership increasingly dynamic. Yet, while technologies have continued to change, the very human dimension of leadership has not. Thus, as one surveys the vast landscape of leadership literature that spans some several thousand years, it is interesting to note how many theories converge around the idea that the principle task of leaders, both yesterday, today, and tomorrow is to purposefully create an environment where all can contribute toward achieving a shared purpose.

Sun Tzu, arguably one of the most brilliant leadership and military strategists who ever existed, noted some 2,500 years ago that the most successful leaders are those who are “willing to advance without seeking fame and retreat without fearing disgrace, whose only thought is to protect his country and do good service for his sovereign.” Such a leader, he continues, is nothing less than a “jewel of the kingdom.”

That’s an awful lot of wisdom packed into only 31 words!

This simple, but profound insight from the past provides us with an important glimpse into the attitudes and actions of those leaders who believe their greatest responsibility is not to amass more for themselves, be it fame, fortune, titles, or positions, but rather, eventually replace themselves by growing more leaders instead of merely creating more followers. When we make it a priority to be humble and selfless (“advance without seeking fame”); are willing to admit our shortcoming and failures (“retreat without facing disgrace”); and are committed to earnestly serving others (“whose only thought is to protect his country and do good service for his sovereign”), we reveal ourselves to be a leader worth emulating.

And what does this widely respected sage of ancient days say is the result of such an others-centered orientation? He calls such leaders nothing short of a treasure to the organization…a reflection of that which is most valuable (“a jewel of the kingdom”).

However, Sun Tzu’s wisdom does not end there; for he goes on to add another key insight. Namely, that a leader’s power is the source they draw from to achieve organizational objectives. This power stems not only from attributes they innately possess as individuals, but flows from their effectiveness in orchestrating the efforts of those in their charge.

In particular, he states, “The ruler is powerful because he is at the head of a complex set of relationships.” Hence, from this perspective, the true source of “power” in any organization does not derive from where a particular person fits in the organizational chart. Instead, it flows through the web of relationships that exist in the enterprise – effectively providing us with a twenty-five hundred year old reminder that what matters most in the conduct of our affairs, be it in our homes, workplaces, worship spaces, or communities are people. Plain and simple!

Co-Founder & Senior Curator at GeneralLeadership.com
John E. Michel is a widely recognized expert in culture, strategy & individual and organizational change. An accomplished unconventional leader and proven status quo buster, he has successfully led several multi-billion dollar transformation efforts and his award-winning work has been featured in a wide variety of articles and journals, including the Harvard Business Review. In addition to serving our nation as an active duty General Officer in the United States Air Force, John enjoys helping people learn to walk differently in the world so they can become the best version of themselves possible. He is blessed to be married to the most patient person on the planet and together, they have two amazing sons. You are encouraged to learn more about John at his website, www.MediocreMe.com
- Contact John Michel via email ( JohnMichel@GeneralLeadership.com)
- Military Biography
Tags: allure, community, DePree, Leadership, michel, power, relationships, Sun Tzu, Wisdom