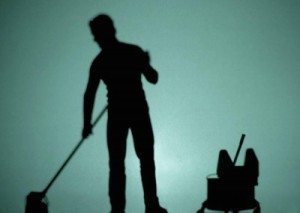 “All labor that uplifts humanity has dignity and importance and should be undertaken with painstaking excellence.”
Dr. Martin Luther King, Jr.

Many of my generation worked their way through college as I did. But I had an advantage as I had already worked my way through high school. During those four years, I worked 540 hours each summer to pay tuition and 20 hours each week during the academic year to pay for my room and board. Most of that time, I worked on “The Farm.” As I mentioned in my previous post about work ethic, I attended The School of the Ozarks, now College of the Ozarks, near Branson, Missouri. The school has operated a farm since its founding to provide much of the food consumed in a very busy Dining Hall. We raised beef cattle, hogs, chickens, and turkeys and produced eggs, fresh vegetables for the canning factory and dining hall and all the hay and grain for the livestock. It was a large operation that kept about 40 boys busy from 5:00 AM to 5:00 PM, morning feeding to evening feeding, 365 days a year. Our work supervisor was Lt Col. Ray Stark, US Army (Retired). “Colonel” Stark knew how to lead young men and he knew how to teach leadership. Most of the lessons in leadership that I share in this forum, I learned from him.

The Farm only had two tractors and one truck so most of us were involved in very manual labor most of the time. My plight was worse as I was the smallest boy on the farm and Mrs. Stark took a special interest in my welfare and would send “The Colonel” out the kitchen door each morning with the strong admonition, “Now you keep that little Hughey boy away from the machinery. I don’t want him to get hurt!” As a result, I spent many long hot summer days on the end of a hoe or a swing blade.

We didn’t refer to them as swing blades, we called them “weed hooks” and we had a lot of use for them. We cut weeds everywhere the “Colonel” could find them. Around the buildings, along the road, next to the miles of fences, and the borders of every field. Much of it could have been done with a “Bush Hog”, but there were 40 boys that had to be kept busy. Nonetheless, at the end of the day you could see all that you had accomplished and enjoy that great sense of pride that comes with honest work, well performed.

We used to see convicts cutting the weeds with those same swing blades along the highways and roadways of our states and counties. Years later, someone decided that type of work was not conducive to building positive self esteem. They referred to such tasks as “demeaning work!” I often wondered what “Colonel” Stark thought of that. It was certainly the greatest oxymoron I had ever heard. There is no such thing as demeaning work. We can only demean ourselves through work performed at less than our best effort.

Before I went to work on The Farm, I was assigned as a janitor in my dormitory, Foster Hall. It wasn’t my aspiration, but it was my own doing. I arrived at The School of the Ozarks on a Sunday afternoon during quiet hour. I was met by Mrs. Hill, the dorm mother who led me to my room as I dragged my footlocker and a suitcase down the hall. It was a struggle as I was a little guy at 5’2” and 72 pounds soaking wet. She must have decided that most of the work assignments were going to be a real challenge for me. “I’ve got the perfect job for you,” she said. “How would you like to work for me right here in the dormitory as a janitor?” How could I say no to such a nice lady? “Whatever you think is best, Mrs. Hill, will be just fine with me.” The next morning I started my career as a janitor in the bathroom. I cleaned a lot of toilets between June and late November. It didn’t damage my self-esteem one bit and enabled me to set my standard for a clean bathroom that served me well during the hundreds of Barracks inspection I conducted over my career.

The next time you see a janitor in an airport, you will do well to remember that he or she probably never aspired to that position. In all likelihood they probably qualify for some entitlement or program and need not work at all. But, they choose to work because they are honorable. If you really want to make their day, complement them on their work and tell them how much you appreciate their attention to details. It will make you feel good about yourself as well!

As a leader, it is critical that you believe this axiom and just as critical that those you lead understand the depth of your belief. Inherent in leadership is the assignment of work. Tasks are assigned to successfully accomplish an objective, goal or mission. Work is assigned out of necessity to those most qualified without regard to personal relationship or bias. Only when the people you are privileged to lead, know you believe that all honest work performed well is honorable, will they willingly accept your assignment and truly perform at their potential.