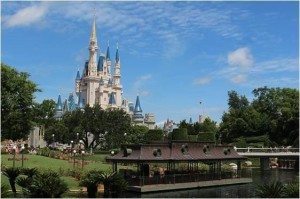 But what about things that aren’t big? What about small things that still carry an important message? These would be considered little wows. They are the actions we take day-to-day that in and of themselves, may almost be missed, but their ultimate impact is positive.

On the second day of our program, we finished class about lunch time, and after lunch were given a “backstage” tour of the Magic Kingdom at Walt Disney World. We saw the utilidor system where the administrative and logistics functions happen in the Park, as well as how RFID technology is used to track Cast Member uniforms, or “costumes” in Disney parlance.

…And Then It Happened: Wow!

At the end of the tour, the staff took us to Main Street USA, a section of Magic Kingdom leading from the Park entrance to Cinderella’s Castle, and home to shops, stores, and restaurants. We were told to observe. We were to look for those things that we had discussed in our classes, actually happening in the Park. A friend and I grabbed some ice cream and sat on a bench on Main Street and just watched. We didn’t have to watch long. 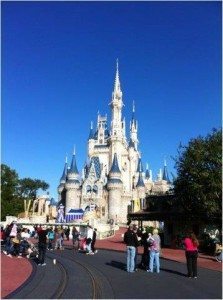 In front of us was a Disney PhotoPass photographer with a family—mom, dad, and little girl about 7 years-old. The Disney PhotoPass system is set up so Disney photographers take your pictures at various locations in the Parks, and utilize a card with a barcode that is scanned and can be used with other PhotoPass photographers in the Parks. The guest may then take their card into a PhotoPass shop, where their pictures are accessed through the card’s barcode, and the guest can purchase either hard copy or electronic versions of their vacation photos to take home.

As we’re watching the photographer, we’re noticing something. He’s engaging with the little girl. They’re playing, she’s laughing, and mom and dad are having a good time. They’re posing, making funny faces, and overall, really enjoying themselves.

My friend and I looked at each other—AHA! We got it—a little wow! This wasn’t a massive attraction the family was enjoying. It was simply getting their pictures taken…but it was much more. They were making memories. And as the start of their Magic Kingdom adventure, their day has gotten off to a great start, setting the rest of the day up as a fun family experience.

So, they’ll finish their day, and on the way out, they’ll pass the PhotoPass shop, and remember what a great time they had and want to go see their pictures. They’ll laugh remembering how fun it was, and maybe they’ll buy some. But the little wow continues its subtle impact.

And it all started with a little wow.

The Why Behind the Wow

Was this PhotoPass photographer a trained entertainer? No—he was skilled at taking pictures. His job description did require interaction with the guest, but only to take their pictures and be pleasant. This Cast Member was more than pleasant. He was engaging, he was fun. His style and approach created magic for this family. In short, he created little wows.

Now, while the Walt Disney Company is in business to create magic and memories, it also needs to look at its bottom line. So what did this little wow cost the company? Zero. Zilch. Nada. Nothing. And what did Disney get out it? They may have earned the revenue off the pictures. But they also got the intangible, but very important word-of-mouth marketing. Perhaps, above everything else, though, they created brand loyalty with this family, critical, given that approximately 70% of Walt Disney World guests are repeat visitors.

I find this to be a great story about how little wows can provide big impact. But how can this work in non-entertainment companies and organizations? How can it work where the product or service may be defense or combat-related?

“…when the leader realizes they are not leading an organization, but rather, are leading people…” 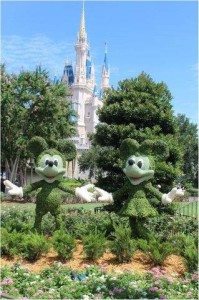 A leader must be looking at their environment constantly, but not to the point where they forget about their people, whether it’s employees, customers, or even suppliers. A little wow may not change the world, but it can certainly motivate, inspire, and show appreciation for those upon who we rely every day.

How did you enjoy today’s post?
If you liked what you read, sign up for our frequent newsletter by clicking HERE — and you’ll also receive our handy Leader’s Reference List
as our free gift to you!
-##-
Photos from pixabay.com

Manager, Creative Costuming & Entertainment Operational Development at Walt Disney Parks and Resorts
Dave Cohen spent over 26 years as a commissioned officer in the United States Air Force, rising to the rank of Colonel. As a pilot with over 2,500 worldwide flying hours, including combat and combat support time, he held command and leadership positions at nearly every level, to include the Joint Staff at the Pentagon.

Upon retirement, Dave began a "second career" as a Manager with Walt Disney Parks & Resorts. In this role, he leads a team charged with managing the inventory levels and logistics for operational, entertainment, and character costumes, for the Florida and California Parks and Resorts, and the Disney Cruise Line, as well as providing support to the international Disney Parks.
Tags: Cohen, disney, Inspiration, Kingdom, Leadership, opportunity, Theme, Wow