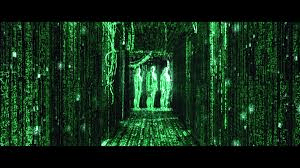 “This creed of the desert seemed inexpressible in words, and indeed in thought.”
T.E. Lawrence

Yes, Afghanistan Rules! What follows are six rules or truisms that a group of combat advisors codified during the course of their year-long deployment in Afghanistan. Some of the rules may be unique to their experience; some may be consistent with the experience of others that have deployed to Afghanistan.

These themes repeatedly emerged during the advisor’s interaction with multiple organizations and provided a common language and lens that helped them make sense of their environment as well as think about and develop strategies to accomplish their mission. It also provided for many much needed light moments as the rules consistently proved true!

The rules will be briefly described, explained, and then related to more universal concepts that are more easily adapted to a general audience. You’ll find that they are also very interrelated. Are there rules that exist for your organization?

Combat advisors would enter the lion’s den every day to accomplish their mission to help build the Afghan military. They operate in a very uncertain environment with many known and unknown threats. For those that have seen any of the Matrix movies, a combat advisor’s operating environment is akin to the conceptual environments depicted in this movie series. There is an entire complex world that exists around an advisor that they will never truly know or understand, much of which is based on different cultures, languages, history, agendas and traditions.

This environment demanded time, energy, focus, and resources to ensure the advisors were as safe as possible. While the threats the advisors faced are different than the threats other military and non-military organizations face, every organization faces threats that threaten mission accomplishment, sub optimize performance, and even jeopardize the safety of their personnel. These threats must be mitigated to the maximum extent possible as leaders are forced to constantly balance priorities, shift focus, energy, effort, resources, and personnel. These environments force leaders to understand the concept of risk at a deep level and to understand what they can and cannot control. It also forces a leader to begin to be comfortable with being uncomfortable.

2.) There’s Always Something Else

This is an effect of the third rule. Just when it appeared the advisors were getting on top of a situation or ahead of things in general, another situation would emerge that would demand time, energy, focus, and resources. This rule kept things exciting and provided constant learning opportunities. It also demanded focus, anticipation of follow-on issues, and spurred the search for gaps. It also ensured we were humble and reinforced the fact that the best leaders always run a little scared.

3.) Its a Fast Moving, Complex Game

Afghanistan is arguably one of the most complex places on earth and the coalition’s presence adds to that complexity. This forced leaders and their people to anticipate and adapt to change while continuing to meet mission requirements, protect, care for, and develop the people under the leader’s charge. This forced the advisors to be flexible in their thought processes and reinforced the concept of strategy as continuous thinking, assessment, learning, gameplan development, and improvement. Another important learning point is that sometimes waiting to assess how the situation develops is the best course of action. In this type of environment many problems work themselves out without your having to expend your organization’s time, energy, and resources.

A relevant question for all leaders is to consider how they add to the pace and the complexity of their environment, both above and below their level.

4.) Sometimes we’re our own worst enemy

The complex, dynamic nature of the environment, bureaucracy, things outside the advisor’s control, different and colliding worldviews, agendas, and limited resources often led to sub optimization of the mission. A lack of unity of command, perhaps the most violated principle of war in Afghanistan, also sometimes contributed to a lack of efficient operations. On a positive note, it did force leaders to develop relationships, communicate often, and seek to understand different perspectives, perhaps one of the most difficult and important abilities in any human endeavor.

5.) Sometimes in War, even the Simplest Things are Difficult

This phenomena is not isolated to combat, but Carl von Clausewitz had it right. Enough said!

6.) Leadership Matters! (And so does Followership!)

Leadership is personal, it’s human, it’s a relationship, it’s about influence, it’s a choice, and it absolutely matters. We’ve seen it time and again in any human endeavor, the power of one individual in a position of authority to make a difference, either positive or negative. The ability to make a significant positive or negative difference holds equally true for a group of followers in an organization.

Commander at United States Air Force
Daniel Lasica is married to the love of his life and they have eight beautiful children. Daniel is also a professional military officer with command experience at multiple levels. He is a student of command, leadership, followership, and strategy and enjoys spending time with his family, hitting the gym, spending time outdoors, and reading.
Tags: Afghanistan, complexity, followership, Leadership, Risk, strategy