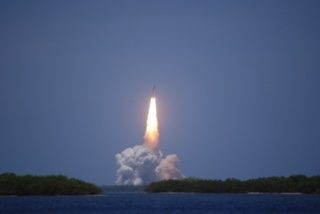 “We choose to go to the Moon in this decade and do the other things, not because they are easy, but because they are hard; because that goal will serve to organize and measure the best of our energies and skills, because that challenge is one that we are willing to accept, one we are unwilling to postpone, and one we intend to win.”
President John F. Kennedy

Unless you’ve been living under a rock, you are probably painfully aware of the divisiveness of the presidential election that is about to conclude.  It is clear this country is comprised of citizens with vastly differing opinions on the way the country should be governed.  This blog is not political in nature and I will not express my opinions on the next president.  However, the winning party has yeomen’s work ahead of them to create a team that can effectively run this country.  How do you work with someone that thinks completely differently, has a different background and has different opinions than you?

As a leader, you will have team members who are not at all like you. Your challenge is to figure out a way to find a common ground and a common goal all can agree to and move forward.

History is replete with examples of leaders who did just that.  President Abraham Lincoln’s election was improbable based on his little known status as a former Illinois state senator.  But once elected, he was able to wrangle his strong political rivals on either side of the aisle onto a team that successfully navigated the American Civil War.  Doris Kearns Goodwin’s novel, Team of Rivals, is a must-read for any aspiring leader as a perfect example of how to bridge the divide of differing opinions.

In the military, I never had the luxury of choosing who would be on my team.  I was put in charge of an assigned group of people and told, “make it work!”  We at least all had the common ground of being volunteers to serve in the Air Force.  I can’t imagine how difficult it must have been during times of war when the United States instituted the draft and leaders had to try to forge teams out of really did not want to be on their team.

I have seen several different ways to approach a difficult challenge like this, here are just a few:

One of my favorite movies is the 1967 “The Dirty Dozen”.  In it, Lee Marvin plays a hard-nosed Army Major who turns a band of condemned prisoners into a tough fighting force.  The team members are all completely dysfunctional with multiple personality flaws, but Marvin’s character manages to form a team by being so hard on the men that they band together to survive his training.  You may not be able to employ live ammunition in your organization like Marvin did, but you can set expectations so high and demand such perfection that your team bands together over hatred of you.  Good for the mission?  Maybe.  Good for long-term team building?  Probably not.

In 1962 at Rice University, President John F. Kennedy challenged the nation to deliver a man to the moon and return him safely before the end of the decade.  That inspirational goal was put forth in a time of national crisis when the Soviet Union had beaten the United States into space with both unmanned and manned vehicles.  The idea of sending someone to the moon and back was pure science fiction at the time but galvanized the country’s imagination, energized an entire industry and secured political and financial support with the congress.  People from all walks of life were united in teamwork to make that inspirational goal a reality.

In today’s commuting world, we often live far from our places of work and do not socialize with members of our team.  Strong teams rely on relationships.  Armies that go to war know this well.  A soldier in the midst of battle doesn’t risk his life for his general or even his country, he risks his life to save the life of his friends.  Those bonds of friendship are forged from months to years of training and socializing together.  Encourage your team to get together socially to build those strong relationships.  Do activities such as ropes courses or white water rafting that require teamwork to be successful.  As General George Patton said, “the more you sweat in peacetime, the less you bleed in war”.

There are many other ways to get all the different types of personalities on your team working towards the same goal.  The military does it and you can do it.  Let’s just hope that our country can do it as a whole and move forward out of this caustic environment towards a sense of unity and purpose.

Christopher P Levy is a driven leader with 24 years of experience in operations and international relations. A successful senior DoD leader from the tactical to strategic levels, Chris has earned documented success in the areas of curriculum and syllabus development, contract management and flight operations. He has specialized experience in tactical aviation, Intelligence, Surveillance and Reconnaissance operations and remotely piloted aircraft and is an active duty Colonel with command experience in the United States Air Force. With three NATO tours in Turkey and Afghanistan, Chris has demonstrated exceptional ability to succeed in multinational organizations. He and his wife, Wendy, live with their three children in Virginia.
Tags: divide, election, History, levy, politics, president, Wisdom, Yoda