Are you Chewing Your Way Through Life? 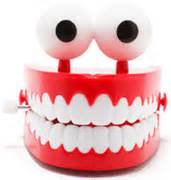 “The choices you make on a daily basis affect what you will have, be, or do in the tomorrows of your life”
Steve Brown

We hear it all the time…right?   “It’s all about Attitude!”  “If only so and so had a better attitude, they’d be unstoppable.”    Well, as a recently transitioned Air Force Veteran, I’m here to tell you that your attitude is probably the single most important factor in determining the level of success you’ll achieve in whatever it is you choose to pursue, in a professional role and/or in your personal life.

Webster’s New World Dictionary defines attitude as “A ballet position similar to the arabesque in which the raised leg is bent at the knee.”  Another Webster definition for attitude is “The position of an aircraft or spacecraft determined by the relationship between its axes and a reference datum (as the horizon or a particular star).”    But those definitions are not the one I want to work from to illustrate my point.   I want to use this one:  Attitude: “A mental position with regard to a fact or state of mind.”

After 30+ years in the military, there’s no doubt in my mind that attitude critically affects mission accomplishment.  A positive attitude goes hand-in-hand with the power of positive thinking, and in turn, leads to success in whatever you do.  On the other hand, a negative attitude can drag down the entire organization.  Simply put, it’s your attitude and not your aptitude that determines your altitude.  In my experience over the years, every organization seems to be made up of four attitude types.  You’ve got Chewers, Stewers, Viewers, and Doers.  As I describe each attitude, see if you can identify with one or maybe all of them.  Which attitude drives you?  Is your attitude worth catching?  Let’s take a look at Chewers first.

Chewers are natural complainers, pessimistic, have a negative attitude towards the organization and like to argue.  In fact, they thrive on good arguments.  Chewers usually like to belong to a group but they also like to take a different direction than the group.  If you say black, they say white.  If you say go, they say stop.  When leadership gives directions, Chewers are the first to question and the first to put up resistance.  I had a supervisor years ago and he was a classic Chewer.  When our work group went to lunch, he was the first to start talking trash about coworkers who weren’t there to defend themselves.  His rule of thumb was “be there or be talked about.”  He started most squadron rumors and always thought the section chief’s ideas were bad.  He also had a tough time supporting his own supervisors.  When our group suggested solutions to him and offered better ways to communicate his ideas up to unit leadership, he argued against our suggestions and told us why our methods wouldn’t work.  Eventually, he’d withdraw into his shell and become a Stewer.

Stewers, like to stir the pot and then sit back and watch the havoc it causes.  Stewers are rarely happy about an organization’s climate.  Stewers privately complain about everything but when given an opportunity to speak up they usually remain silent.  Some Stewers sit around and sulk, hoping things will get better magically.  Others actively campaign for support from fellow Stewers in their unit hoping the group will get large enough to negatively influence division leaders.  They’re the people you see moping around.  They usually have a smirk, frown or tired look on their faces.  They rarely smile and have a tendency to depress those around them.  My last organization had a Stewer in it.  She was a Senior Noncommissioned Officer and the type of person who always had a chip on her shoulder.  It seemed the organization wasn’t good enough for her.  She always complained about the performance of others even though her own performance wasn’t top-notch.  She said she was tired of working with a bunch of losers but when we offered to move her, she threw a fit.  Apparently, she’d developed a sense of belonging to this organization and liked the attention she received because of her actions even though it was negative attention.  She was one of those individuals who thrived on complaining and loved to find listeners – those few who would listen to her, the Viewers.

Viewers love to sit back and watch – and they watch everything.  Viewers never raise their hand to volunteer for anything and it’s rare to find them rolling up their sleeves and getting their hands dirty with those they supervise.  Viewers are the folks who shy away from opportunity.  They’re happy watching all the action from the sidelines.  Their organizational value is limited because they don’t contribute or share ideas with peers, supervisors or subordinates.  They choose instead, to keep their thoughts to themselves or share them with the organization’s Stewers in a misery-loves-company sort-of-way.  Years ago while stationed at one of my bases, I met and became good friends with a young Air Force Noncommissioned Officer.  He had almost 20 years in service and he was a Viewer.  One day we sat down and had a long talk, we discussed his promotion potential and eventually, the subject got around to his attitude.  He argued, “I do everything the Air Force asks of me and then some.”   He was smart, did his job well, but lacked initiative.  He knew his potential wouldn’t increase as long as he was a Viewer.  He felt being a Viewer had made him lazy at work, and he told me he thought this type of attitude also carried over into his personal life.  In fact, he knew his attitude affected his study habits for promotion.  He promised me he would change his behavior and start looking for opportunities.  He had to if he wanted to compete with Doers.

See, Doers are in a class all their own.  Doers make things happen.  They move the mission, they have initiative, and they motivate others with their actions.  Doers are natural leaders.  An organization staffed with Doers rises to meet every challenge.  Unit morale soars because unit members are surrounded with positive attitudes and positive attitudes are catchy.

You, whoever you are, and whatever you do as a leader in today’s society, should strive to be a Doer.  Historically, leaders have been granted special rights, privileges and responsibilities because of their ability to get the job done and influence others towards accomplishing the greater good.  Doers get the job done through empowerment and with minimal oversight.  Doers are focused on mission accomplishment yet somehow know how to balance priorities.  Doers are leaders and leaders are expected to take action.

When working on this blog, I found a book of quotes.  Let me share a couple of ideas from psychologist and author Steve Brown as quoted in Zig Ziglar’s book of favorite quotations.

Keep smiling and make it a great day!

You see, it’s all about attitude!!   So, what’s the take-away from this blog?   Well, if you’re busy Chewing, Stewing and Viewing, then you’re probably not Doing!

David E. Spector retired from active duty as a Chief Master Sergeant in the U.S. Air Force after 30 Years of honorable service. Prior to his retirement, he was the Senior Enlisted Advisor (Command Chief Master Sergeant) to the Commander, Air Mobility Command, Headquartered at Scott Air Force Base, Illinois. He served as principal advisor to the Commander and staff on all matters relating to the morale, welfare, quality of life, training, discipline, effective utilization, professional development, and force structure for 114,000 total force enlisted Airmen assigned to all corners of the globe.

David’s service began as an aircraft mechanic on C-5 and C-141 aircraft. After just two short years in the Air Force, he cross-trained to become a Flight Engineer and subsequently flew over 6,800 flying hours in a span of 20 years on multi-engine cargo, VIP and aerial refueling (tanker) aircraft including 8 years with the Presidential Support unit at Andrews AFB, MD. After being selected for Chief, David served thousands of Airmen of all ranks from Airmen Basics to 4-star Generals at two wings, a numbered Air Force and finally culminating at the Major Command (MAJCOM) level.

Immediately following retirement from the United States Air Force, he accepted employment with Omega Air, a privately owned company providing commercial inflight refueling services on contract to the Department of Defense. Hired to manage the logistics of the company’s fleet of aircraft and oversee support and maintenance personnel, David was responsible for leading several high performing teams while creating and developing a myriad of special programs to improve the company’s efficiencies.