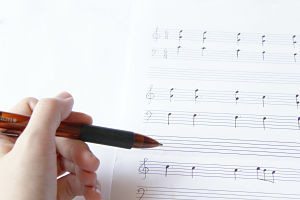 “Men and women want to do a good job. If they are provided the proper environment,
they will do so.”
Bill Hewlett

As leaders, we are always looking for leadership strategies that work. A successful leadership experience can lead us to assume that these strategies will work at our next assignment if we impose it on the new organization. No organization is the same. It is the people in the organization that should determine our strategies. Leaders should compose the strategy based on the organization’s personnel, strengths, and weaknesses.

A recent example that displayed this to me was the end of the NFL season and ESPN Radio’s analysis of NFL coaches. I was listening to the Mike and Mike ESPN radio show, and former quarterback and analyst Ron Jaworski, spoke about the success of the Carolina Panthers and the coach, Ron Rivera. His analysis was that Ron Rivera decided to develop an offensive system that fit their star quarterback, Cam Newton, as opposed to imposing the system he used at his previous assignments. If you followed football during the 2015 season, you saw that this approach was a success. The converse of this, was the analysis of the Philadelphia Eagles head coach Chip Kelly’s tenure. Coach Kelly was very successful at the college level with the University of Oregon Ducks. He has a system that was founded on a fast paced offense. This required his team to be in exceptional physical shape. He used biometrics to develop a diet and fitness plan for his players and tracked their progress closely. His players resisted this approach. He then attempted to use trades to gather players that would match his system and way of doing things. If you followed football during the 2015 season, you know that this was unsuccessful and ended with Coach Kelly being fired.

“Give them what they need.”

The examples above illustrate how success can be gained by composing your leadership strategies based on personnel and how imposing your strategies on personnel can end in failure. Professor Chuck Allen at the Army War College had a line that he used in his Creative Leadership class during my time there that comes to mind. He would always say, “Give them what they need.” This meant that you should know yourself and your organization and lead in a way that creates an environment where personnel receive the support they need to capitalize on their strengths. Similarly, James C. Hunter, in his book The Servant ( highly recommended ), addresses the idea of meeting the needs of people in your organization. He illustrates this though the account of a man going to a unique leadership retreat where his views are leadership are changed. During one exchange in the book, the military non-commissioned officer character challenges this approach by stating that he shouldn’t be a slave as a leader. The head counselor explains that if you are slave, you give people what they want. A servant leader gives people what they need. What your personnel “wants” is not always what the organization “needs” to be successful. It is up the leader to know the difference and lead accordingly.

Sensing resistance in your organization? Maybe it is time to evaluate how much composing and imposing is being done as you implement leadership strategies.

Author at GeneralLeadership.com
Todd Hirneisen is an educator and military leader. Todd has been a high school teacher and coach for 20 years and is currently the Commander of the 235th Civil Engineer Flight, Maryland Air National Guard, Baltimore, MD. He is a student of organizational leadership and seeks to expand his capabilities through leadership experiences, academic opportunities, and by providing insights from his experience. He lives in Gettysburg, PA with his wife, Rebekah and his three children.
Tags: Athletics, ESPN, Hirneisen, Leadership, NFL, Sports