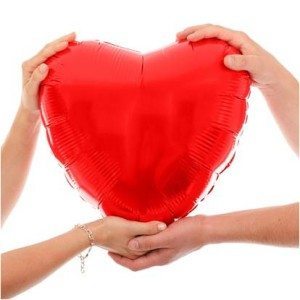 “Never be so busy as not to think of others.”
Mother Teresa

One late spring morning, in a third grade classroom in a quiet, Midwestern town, a nine-year-old boy named Danny was sitting quietly at his desk. All of a sudden, a small puddle begins to appear between his feet. He struggles to imagine how this has happened, as he tries to hide the fact that his pants are wet. After all, it’s never happened before. And, he knows when the other boys in the class find out what happened he will never hear the end of it. Or worse, when the girls find out, they’ll never speak to him again as long as he lives.

The boy is convinced this is the end of the world as he knows it.

Just about then, he sees his teacher approaching with a look in her eyes that says he’s been found out. She is on to his embarrassing, shameful secret!

As the teacher is walking toward him, a classmate named Susie is carrying a goldfish bowl that is filled with water. Susie trips in front of the teacher and inexplicably dumps the bowl of water in the Danny’s lap.

Now all of a sudden, instead of being the object of ridicule, Danny is the object of people’s empathy and attention. The teacher rushes him downstairs and gives him a pair of gym shorts to put on while his pants dry out. The other children in the class are on their hands and knees cleaning up around his desk. And in the blink of an eye, the ridicule that should have been his has been transferred to someone else — Susie. And although Susie tries to help clean up the mess she created, the others children tell her to get away. After all, to them she is a klutz who has already done enough damage for one day.

Finally, at the end of the day, as they are both waiting for the bus, Danny walks over to Susie and whispers, “You did that on purpose, didn’t you?” Susie whispers back, “I wet my pants once, too.”

We All Have the Capacity to Care

All of us have likely experienced a Danny kind of moment. That is, we’ve done something that we instantly regret, or suddenly find ourselves in a situation where we are embarrassed, ashamed or afraid.

For some, the memories of these events still causes us to wince. The absence of empathy, compassion and caring by an insensitive supervisor, coach, or coworker in those moments of our greatest vulnerability have left a lasting, negative impression that is difficult to shake.

On the other hand, the odds are high you’ve also experienced a Susie-type response, being the beneficiary of unexpected grace and kindness by a sensitive teacher, kind counselor, close friend, or empathetic parent.

Psychiatrist Alfred Adler described this powerful ability to reach beyond ourselves and selflessly support another as the willingness “to see with the eyes of another, to hear with the ears of another, and to feel with the heart of another.” I like to think of this people-centered commitment as “otherliness”—the desire to connect to those around us in a heartfelt, meaningful way.

Admittedly, to some people, a term like otherliness is viewed as a touchy-feely topic. However, at its core, it’s really nothing more than the oil that keeps relationships running smoothly. In simplest terms, it’s the willingness to step outside of our safe routines, comfortable habit patterns, and guarded positions and make the choice to transform a difficult, discouraging or distressful moment into an opportunity to live out our belief we are created to care

“…[be] aware of other people’s feelings…to [create] a space…where people are encouraged.”

Despite what some mistakenly think, otherliness is not some sort of “I’m okay, you’re okay mushiness.” As a leader, it doesn’t mean we insist on making other people’s feelings our own or trying to be liked, loved, or even approved by others. If we did that, we would rarely get anything done! Instead, it is intentionally being aware of other people’s feelings, of making a point to value the viewpoints of those around you, of being open to creating a space, an environment, where people are encouraged to freely speak their truth. When you practice otherliness, you just as readily share your frustration as much as you appreciation so all are involved are encouraged and empowered to move into deeper relationship with one another.

In his article entitled “What Makes a Leader?” Dr. Daniel Goleman focuses on three particular reasons why adopting an others-centered focus is such an important element of successful leadership in the twenty-first century:

According to Goleman, leaders who are alert to opportunities to better connect with those around them use their knowledge to improve their organizations in subtle, but important ways. This doesn’t mean they agree with everyone’s view or try to please everybody. Rather, they “thoughtfully consider employees’ feelings – along with other factors – in the process of making intelligent decisions.”

In this vein, scientists studying human nature are reporting our society is undergoing a revolutionary shift in how we understand how people, organizations and entire cultures flourish, thrive and come fully alive. Specifically, they confirm how our brains are wired for empathy, social cooperation, and mutual aid.

And it turns out we humans are not alone in this regard.

Even a Rat has a Heart

In an intriguing 2011 study in Scientific American, psychologists discovered caged rats would rather free other caged rats than eat food made readily available to them. Researchers placed rats into a Plexiglas pen with two cages: in one was another rat, in the other was a pile of five milk chocolate chips—a favorite snack of these particular rodents. The unrestricted rats could easily have eaten the chocolate themselves before freeing their peers, and in doing so, would have been so distracted by the sweets that they would neglect their imprisoned friends. Instead, most of the rats opened both cages and eagerly shared in the chocolate chip feast.

This study is the most recent in a series of experiments changing how scientists think about empathy and altruism in the animal kingdom. For many years, most people agreed that true altruism was a uniquely human characteristic requiring an awareness of one’s actions as selfless. Now it seems that many animals have evolved instincts to be otherly themselves.

“… the 21st century should become the Age of Otherliness..”

If the 20th century was the Age of Introspection, when self-help and therapy culture encouraged us to believe that the best way to understand who we are and how to live was to look inside ourselves, the 21st century should become the Age of Otherliness–when we discover ourselves not simply through self-reflection, but by becoming genuinely interested in the lives of others. We need otherliness to be the impetus for a new revolution. Not an old-fashioned revolution built on stringent laws, stoic institutions, or stifling policies, but a radical revolution in human relationships that equips us to experience:

Consider it a revolution that manifests the Susie in all of us. A revolutionset into motion every time we, in the words of author Leo Buscaglia “quit underestimating the power of a touch, a smile, a kind word, a listening ear, an honest compliment, or the smallest act of caring…” to transform a difficult, discouraging or distressful moment into an opportunity to live out our belief we are created to care…

…one Danny at a time.

Co-Founder & Senior Curator at GeneralLeadership.com
John E. Michel is a widely recognized expert in culture, strategy & individual and organizational change. An accomplished unconventional leader and proven status quo buster, he has successfully led several multi-billion dollar transformation efforts and his award-winning work has been featured in a wide variety of articles and journals, including the Harvard Business Review. In addition to serving our nation as an active duty General Officer in the United States Air Force, John enjoys helping people learn to walk differently in the world so they can become the best version of themselves possible. He is blessed to be married to the most patient person on the planet and together, they have two amazing sons. You are encouraged to learn more about John at his website, www.MediocreMe.com
- Contact John Michel via email ( [email protected])
- Military Biography
Tags: adler, buscaglia, care, caring, emotional intelligence, Goleman, michel, Otherliness, power, psychology, Rats, Scientific