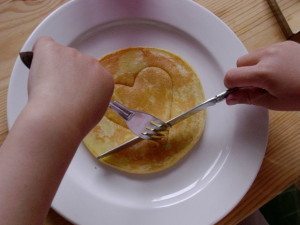 I do not at all understand the mystery of grace – only that it meets us where we are but does not leave us where it found us.
Anne Lamott

A popular Russian tale recounts how when Nicholas II was the Czar of Russia, a father enlisted his son in the military with the hope of instilling discipline and direction in his life. Among other things, the young man had a weakness for gambling, and the conditions of military life seemed to hurt rather than help.

His army job was bookkeeping. As his gambling debts grew, he borrowed money from the outpost treasury to pay his debts. He kept losing instead of winning and sank deeper and deeper into debt.

One night, contemplating his horrible situation, he added up his debts. When he saw the immense total, he wrote a cross the ledger, “so great a debt, who can pay?” He decided to take his own life. He sat back in his chair, gun in hand, to reflect for a few minutes. As he contemplated the sad conditions of his life and his impending death, he dozed off.

Czar Nicholas II was inspecting the outpost that night. When he entered the bookkeeper’s shack, he saw the sleeping man, the loaded gun, and the revealing ledger.

When the soldier awoke, he stared at the ledger in disbelief, reading the words, “so great a debt, who can pay?” Underneath were the words, “Paid in full, Czar Nicholas II!”

Can you imagine how this young man must have felt in that moment? After all, given his countless mistakes and racking up debt he could never possibly repay, here he was with a balanced ledger—a clean slate. Despite doing nothing to warrant such generosity, he was now a free man. His new chance at life was an unwarranted and unexpected gift from the most unlikely of sources.

The Greeks have a term that beautifully captures the essence of this illustration. It is the verb charis, from which we derive the term grace. To the Greeks, anything of beauty, favor, or delight in which a person could rejoice was a form of grace. In our contemporary translation, grace enjoys an even deeper, more profound translation, meaning the willful exercise of love, kindness, mercy, favor; or disposition to benefit or serve another. In essence, grace is a word synonymous with showing unmerited concern or favor to someone. And, as the example of Czar Nicholas II affirms, it’s not necessarily because someone deserves it, but simply because we choose to freely grant it.

Admittedly, extending grace is not always easy. In our own lives it means intentionally loving the unlovable, those who seem intent on stretching rules, pushing our buttons, even talking poorly of us and to us. Extending grace also means we choose to respond contrary to our natural inclinations. For instance, instead of responding with a glare, a sharp retort, or with icy silence when someone has frustrated, insulted or wrongly accused us, we choose instead to treat the other person better than they have chosen to treat us.

Does extending grace as a leader really matter, you may wonder? Without a doubt! Authors Bill Thrall, Bruce McNicol and Ken McElrath in their book, The Ascent of a Leader, share how environments where grace abounds are characterized by higher satisfaction, increased engagement, improved trust, and heightened productivity. They add how leaders who are grace-full help people feel safe to be themselves, to live authentically, celebrate each other, laugh more frequently, and extend grace themselves more liberally. In an organization where grace abounds it’s common to find a supportive atmosphere where the seeds of mutually satisfying relationships are frequently and intentionally planted and nurtured and people do not feel constrained by strict adherence to a particular set of do’s and don’ts in order to feel accepted, affirmed, or appreciated. Given these profoundly positive effects, what can you do today to begin being more Grace-Full in your own sphere of influence? Start by:

The fact of the matter is, if you want to create a high-performing organization, then you have to be willing to extend grace. I’m not saying you have to dismiss poor performance, overlook situations you know are wrong, or not hold people accountable for failing to achieve established standards. But I am telling you that unless grace is present, people will not take risks, they won’t learn and grow in their own leadership abilities, and they will fear failure so much they won’t even get close to achieving their individual potential—making it difficult to impossible for the organization to reach its potential as well.

So the next time you find it difficult to extend unmerited concern or favor to someone when they fail, fall short of your expectations, or just plain frustrate you to no end, remember the lesson of Czar Nicholas II: Grace is one of the most important gifts a leader can offer their people. Testimony to the reality that grace, the willful exercise of love, kindness, mercy, favor; or disposition to benefit or serve another, is as much a treasure we bestow on others as it is a treasure we share with ourselves.

Whose ledger can you balance today? Whose slate can you wipe clean so they can begin anew?

Co-Founder & Senior Curator at GeneralLeadership.com
John E. Michel is a widely recognized expert in culture, strategy & individual and organizational change. An accomplished unconventional leader and proven status quo buster, he has successfully led several multi-billion dollar transformation efforts and his award-winning work has been featured in a wide variety of articles and journals, including the Harvard Business Review. In addition to serving our nation as an active duty General Officer in the United States Air Force, John enjoys helping people learn to walk differently in the world so they can become the best version of themselves possible. He is blessed to be married to the most patient person on the planet and together, they have two amazing sons. You are encouraged to learn more about John at his website, www.MediocreMe.com
- Contact John Michel via email ( [email protected])
- Military Biography
Tags: ascent, czar, focus, forgive, grace, intention, justice, leader, ledger, mcelrath, mcnicol, mercy, michel, nicholas, performance, russia, standard, wrong