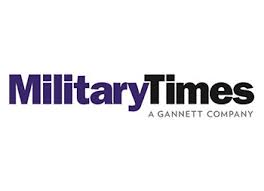 An excerpt follows:
“Some new programs and resources are popping up that could help foster deeper understanding.  Retired Brig. Gen. John Michel, former commanding general of the NATO Air Training Command in Kabul, Afghanistan, feels that after well over a decade of continuous combat operations, veterans and the general public want to connect more than ever.  Michel and other military leaders founded GeneralLeadership.com, a blog that works to recognize and connect service members and the general population “which we serve.”  “There is a gap, whether real or perceived,” Michel said. “Part of it is real because there are not natural conversations that flow. That’s what General Leadership is — we’re a dialogue, we’re an intentional engagement.”  The almost 2-year-old blog — which Michel said has around 40,000 to 50,000 unique views monthly and has a national radio show, “The General Leadership Hour” — focuses on leadership, character and civic responsibility, and is expanding on a variety of platforms so people can engage and have “that unfiltered conversation.”

Aside from the blog, Michel said leaders and former service members can easily connect with the public on social media platforms such as Twitter in an honest, unfiltered way.”