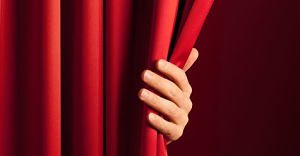 “After all, there can be no leadership where there is no team.”
from the book “Extreme Ownership” by Jocko Willink, Leif Babin

What did you think about when you saw the title? Did you think that this would be a negative article describing how a weak leader can be a detriment to an organization? Fooled you. This is an article about how educated and talented leaders can do the most good for their team or organization if they fill the roles that are missing, even if these roles are not front and center or as the lead person. Most people think that being a good leader means that you act like you are “in charge” all the time. I disagree. As positions and careers change, there are times where the best leader you can be is in a secondary role. Students of leadership who understand this can assess the capabilities of a team, have the knowledge to know what roles are missing, and have the capacity to fill that role for the duration of the mission, project, or goal, and make the whole organization or team better as a result.

Col Charles Allen teaches a course called Creative Leadership at the Army War College. I mentioned Col Allen and the course in my previous article “Compose, Don’t Impose.” During this course he would reiterate the line, “Give them what they need.” As I concluded the course, it was evident to me that this meant filling a need whether you were the commander or in a support role within the organization. The course had you explore your personality and natural tendencies. We studied the best combination of personality types and roles that would maximize a teams’ effectiveness. We discussed that ‘giving them what they need’ may mean that an experienced, educated leader fills a critical role in a secondary capacity. All projects are assigned a primary leader who is responsible for the task, mission, or project. If you are not assigned this position, the best leadership you can provide is to identify the role that is missing, and fill it! Even if this means you are “leading from behind.”

I experienced this during my time in Army ROTC in college. One of the primary team activities we practiced was squad leadership and squad tactics. There were nine of us in a group. The instructor would come to us and say, “Hirneisen, you’re up.” My teammates would usually utter ‘good luck’ and give a pat on the back. I would follow him to a location where I was giving the mission. I would return to the group, as the assigned leader for this mission, and deliver the plan. Because we were all leaders in training, we all knew what needed done and how to be successful. As I think back, I remember the looks in my teammate’s eyes as I delivered the plan. Most were listening intently to hear the details and how they would fit in. I assigned the roles. I remember one instance where I was surveying the group as I was assigning an important and difficult role, because I was unsure who to choose. One of the strong members in the group spoke up and said, ‘I’ll do it.” As I reflect on this, this person displayed leadership in the best way. He took the role that needed filled even when he wasn’t “in charge.” He was “leading from behind.”

Another example that I have observed of this is through my Father-in-law. My Father-in-law has been a voice teacher and Pastor of music at churches since I have known him. He is very knowledgeable about music and a very talented vocalist. I have observed him throughout the years discuss how to put pieces together for my wife and daughter to sing in his churches. I know nothing about music, but I would often observe him refer to a song and assign roles. He would know the talents of the group and I would hear him say, “I’ll sing that part.” As I think about it, this is the same thing. He may be the most knowledgeable and most talented, but he knows that by filling the role that needs filled is more important to the overall performance than is him being the lead singer. I also see this as a version of “leading from behind.”

Where do you find yourself today in your organization? Whether you are joining a new project, part of a new team, or starting a new job, while you are waiting for your turn to accept a primary leadership role I encourage you to look a see what role needs filled. Sometimes the primary leadership role is not the most important role, or that position may be already adequately filled by someone else. I encourage you, during these times, to look around and fill a key missing role……and “lead from behind”.

Author at GeneralLeadership.com
Todd Hirneisen is an educator and military leader. Todd has been a high school teacher and coach for 20 years and is currently the Commander of the 235th Civil Engineer Flight, Maryland Air National Guard, Baltimore, MD. He is a student of organizational leadership and seeks to expand his capabilities through leadership experiences, academic opportunities, and by providing insights from his experience. He lives in Gettysburg, PA with his wife, Rebekah and his three children.
Tags: Army, Behind, education, family, Hirneisen, Leadership, ROTC