Leading Leaders – How to be Successful 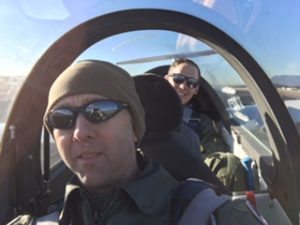 “The key to leading today is influence, not authority.”
Ken Blanchard

So you have a boss.  Does that mean you just sit back, follow orders and float down the river of life?  No!  Just because you are not in charge doesn’t mean you can’t be a leader.  People at all levels of organizations can exercise leading and leadership.  Leading isn’t about formal titles and official power, it’s about influence.  Even if you are not at the helm of your ship, you have the ability to help chart its course.

I’ve just begun a new job in which I am not in charge.  There is a definite pecking order and I am at the bottom.  However, I can still influence those in charge.  As John C. Maxwell, the prolific leadership author said, “Leadership is not about titles, positions or flowcharts.  It is about one life influencing another”.

You influence every person with whom you come in contact.  The driver in the other lane on the highway, the sales clerk at the coffee shop and your next-door neighbor.  The great thing about influence is you can choose to make it positive or negative.  Life coach Rob Liano says it best; “Each day you are leading by example.  Whether you realize it or not or whether it’s positive or negative, you are influencing those around you”.  When I go to work, I have another pilot sitting 3 feet to my left that is absolutely in charge of that aircraft.  But I am still able to influence that pilot by my actions.

As a young flight lead flying F-15Cs, I remember what it was like to fly with different types of wingmen.  When I flew with a pilot that didn’t focus on the details or adhere to every standard, it was easier to let my own performance slip.  On the other hand, when I flew with the best wingman in the squadron, I brought my “A-game” to the flight.  I knew his expectations were high, he strove for perfection on every flight and was hungry for improvement.  Thus, his actions influenced his leader.  I was a better flight lead because I knew my wingman expected it.

Like This Article?  Consider checking out:
Continuing the Mission – Leadership Drives Culture During Transition

I translate that same drive to my new job.  I’ve made it my goal to strive for perfection on every flight.  Is it always attainable?  No, but airline studies show that crews who accept deviations from standard practices are much more susceptible to making mistakes during the flight than those that do not tolerate deviations.  Translated into English, that means if you don’t think every rule applies to you and feel it’s alright to take short cuts, you are more prone to making other mistakes.  As a subordinate, hold yourself to the highest standard.  Strive to set the example for your leader by upholding the rules and the culture of the organization.  You will in turn raise his or her performance.

The most challenging part of this is having the courage to say something when a rule or standard is being violated.  A question from the subordinate is often enough to change the behavior of the leader.  For example, if my Captain sets the incorrect altitude on the autopilot control panel, I might say, “What altitude did Air Traffic Control give us?”  This leading question is a good prelude to a discussion and should result in the correct answer coming forward.

If the error still goes unnoticed or unheeded, it might be time to open the standards and look at the section in question.  Pick a good time to look at the standard and bring it to the attention of your boss.  The vast majority of leaders will see they are in error and thank you for bringing it to their attention.  However, if you have a leader who persists in violating the rules, it might be time to bring up the issue with an outside agency that can offer arbitration.

Any organization worth its salt wants team members who strive for perfection.  If every subordinate brings their “A-game” to work, every leader will have to do the same in response.  If every employee is willing to speak up when he or she perceives less than perfect performance, imagine how productive the team will be.  By applying respectful pressure from below, you can help lead your team to success every time.  Everyone can lead leaders!

Christopher P Levy is a driven leader with 24 years of experience in operations and international relations. A successful senior DoD leader from the tactical to strategic levels, Chris has earned documented success in the areas of curriculum and syllabus development, contract management and flight operations. He has specialized experience in tactical aviation, Intelligence, Surveillance and Reconnaissance operations and remotely piloted aircraft and is an active duty Colonel with command experience in the United States Air Force. With three NATO tours in Turkey and Afghanistan, Chris has demonstrated exceptional ability to succeed in multinational organizations. He and his wife, Wendy, live with their three children in Virginia.
Tags: Inspiration, Leaders, Leadership, Leading, military