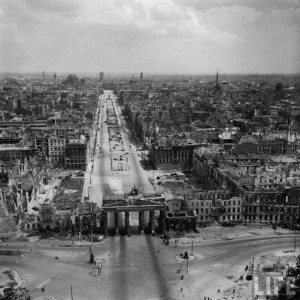 In most organizations, leaders live in an environment of respect, rules, professionalism, and obedience. In simpler words…the boss is the boss, and we follow their direction. That basic foundation is definitely important to success. As leaders get heavier responsibility and more authority is placed on their shoulders, subordinates tend to follow their direction with even fewer questions.

If you ask anyone who holds a position of authority if they are a good leader, I’ll bet that most say absolutely yes—we believe in ourselves. But the bigger pending question is, what do your subordinates think of you? What do your peers think of your leadership? Are you respected and known in your “community”? How many tough issues have you worked recently for both your organization and your people? You absolutely don’t want to be the boss who touts rhetoric, acts like they care, avoids tough problems, or simply has no grasp on how their house is running. In other words, you don’t want to fall into the trap of becoming a simulated leader!

So how do we avoid being that ineffective person mentioned above? I would recommend keeping three simple rules in mind:

First, you have to understand that leading is tough. Frankly, it can be absolutely exhausting. Leading goes well beyond simply getting the mission done. We train our people well, and we expect them to be proficient. However, organizations cannot run purely on technical expertise. Don’t assume that because your organization is meeting its current objectives or satisfying the immediate needs of your customers that you are effectively leading your people. Technical expertise may enable your mission to run sufficiently, but its takes leadership to keep it running great!

Second, get involved! People will never remember you because you responded to their email or passed them a casual glance at the water cooler. Nor will they remember you for the great PowerPoint slides you built. Although all of these can make a momentary difference, you will be remembered primarily for the actions you took to help your people; the actions you took to help your organization; and the respect that you earned from being a dedicated, compassionate leader. This will never happen by chance. It must be a choice, specifically, a moment-by-moment choice to engage on tough issues, fight the paralyzing effect of the bureaucracy, and having the courage to do what’s’ right. This is probably the greatest distinction between leaders and managers…the willingness to get personally involved, no matter how tough the issue, in moving people forward in support of a shared cause, ideal or objective.

Third, mentor up, down, and sideways. This means truly being involved in the lives of everyone around you. If nobody has come to you recently looking for help, guidance, direction, advice, or just to hold a much needed conversation, then you really need to ask yourself why. Why are you not the person that people go to? Simply talking once to a few Lieutenants or a subordinate about life in general does not make you a mentor. When the word gets out that you sincerely care about the future of your people and are willing to engage and act….you better get ready as people will routinely seek out your counsel and your wisdom…marking you as a someone other believe has their best interest at heart.

Admittedly, none of the above are new or mind blowing concepts. But they are, in fact, good reminders of how we can be better and more effective leaders. They will also help you maximize your opportunities to make a positive difference in your surroundings.

Remember, LEADERSHIP IS A LIFESTYLE, not just a fad that comes and goes dependent on the moment. Similar to things like fitness, healthy eating, generosity, faith, honesty, hard work, and many other positive traits, leadership is a conscientious choice that carries ramifications. When you commit to giving your best every day to benefit others, you are communicating “I’m going to live my life as a leader.” If you are primarily interested in simply going through the motions, you’re simulating leadership.

It’s your choice. I hope you will choose wisely.

General Martinez was commissioned in 1986 as a graduate of the U.S. Air Force Academy. He is a command pilot with more than 4,000 hours in the C-17A, C-5B, C-141B, and KC-135R. The general previously commanded the 62nd Airlift Wing, McChord Air Force Base, Wash., overseeing the Air Force’s only prime nuclear airlift force. His staff assignments include Chief of the Joint Mobility Operations Center at U.S. Transportation Command; Secretary of Defense Corporate Fellow with the DuPont Corporation in Wilmington, Del.; and Inspector General, Headquarters Air Mobility Command.

Prior to his current assignment, he was the Deputy Chief of Staff Operations, Headquarters Allied Joint Force Command, Brunssum, the Netherlands.
Tags: choice, Leadership, Lifestyle