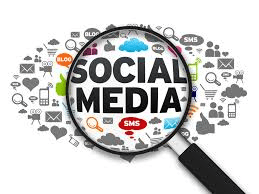 “Smart phones and social media expand our universe. We can connect with others or collect information easier and faster than ever.”
Daniel Goleman

They say, “You can’t teach an old dog new tricks!”  If the “new tricks” are related to social media, “they” are wrong!  I was never a fan of social media until I assumed my current position and, to this day, “tweeting” makes absolutely no sense to me, but I have come to respect and appreciate social media’s incredible power and reach.

Almost as a joke during an official unit visit, I took a short video with my iPhone and posted it to the AF Security Forces (SF) official Facebook (FB) page; the response was amazing.  Within seconds, the first “like” occurred and shortly thereafter, the information was “shared” with someone else.  Since then, I have used FB to share positive news stories, refute rumors and inform about issues that directly impact lives and careers.  The real beauty is that I can easily communicate with my internal audience (SF Defenders and families) and external audiences whom we want to influence.  In each case, we quickly inform a broad swath of people with straight scoop from the Top Cop’s mouth.

The other great thing about social media is the ability to gain instantaneous feedback on issues that people might not otherwise get a vote on.  To be clear…military members still do not always get a vote, but this medium allows one to have input as opposed to the past protocol of “shut up and color!”

In 2013, we started discussions about procuring a new police badge for our 40,000 person force.  We developed conceptual designs, posted them on FB and asked members to comment…and did they ever!  After lots of facts, emotions and opinions were bandied about, it became clear that Defenders felt good about their current badge.  Had I chosen to change it, (I did not) at least it would have been with a clear understanding of how the force felt.  To this day, that FB posting was our largest ever–over 60,000 people viewed, commented on or shared it; that is powerful communications!

The realty of seeking other people’s opinions is this:  they have opinions and will share them.  I am generally OK with people sharing their candid thoughts, but sometimes social media’s perceived anonymity gives people a comfort level to say inappropriate things.  This can lead to problems like cyberbullying and behavior inconsistent with organizational standards of conduct (in other words:  good order and discipline.)  This is the essential leadership challenge:  encouraging open communication while still maintaining a healthy respect for the chain of command and levels of authority.  Sometimes the roles are reversed and it can be the experienced professional who fails to practice appropriate behavior; recently, a senior military officer was relieved of his duties for unprofessional emails sent many years prior.

Today’s professionals likely receive training on the value of company and personal information and the need to protect it.  But instead of formal education, most people just need to apply good common sense when it comes to using social media tools.  Simple rules like, “don’t hit send on something you don’t want everyone else to see” and “once you send it, you can’t get it back” are good reminders of behavior that will keep any good employee out of hot water.

One of my favorite sayings is, “The best mistake to learn from is someone else’s.”  I witnessed a situation where a government employee embarked on a vacation with family members to a destination known for wild and crazy behavior.  That employee did nothing legally wrong, but when pictures of his behavior were emailed to his employer, it caused that leader to question the employee’s integrity and judgment.  That employee ended up leaving government service prematurely because his professional reputation was tarnished.  Every professional works hard to build his or her reputation, but it only takes one split-second of bad social media behavior to throw it all away.

Serving as a USAF “Airman” is more than a job—it’s a lifestyle. I voluntarily raised my right hand and swore to support and defend the Constitution as a member of the profession of arms. Underpinning my profession is the sacred trust and high standards given to and expected of us by the American people.

I believe the same to be true for any profession that you serve in.  Your duties are underpinned by ethics, continuing education and striving to be the best at your craft.  It is imperative that you keep your standards high and your reputations untarnished.  Said another way, we all have to be at our professional best all the time:  on-duty and off-duty…on-line and off-line!