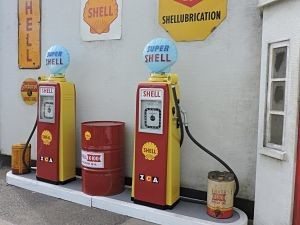 “Early to bed and early to rise makes a man healthy, wealthy and wise.”
Benjamin Franklin

You know that feeling you get when you drive away from the gas station after gassing up?  It feels like you have the potential to go anywhere and accomplish anything.  Your tank is full, the road is open and the sky is the limit.  It’s the same feeling a fighter pilot gets when he finishes refueling from an airborne tanker aircraft and finally has the gas to make it to his destination over the Pacific Ocean.  Immediate relief and a shift in focus from concern about himself to the horizon and beyond.

Think about a time you were starving.  Chances are you were so distracted by your hunger that you could not effectively focus on anything else.  The same can be said for being exhausted, freezing or in pain.  You were so focused internally that anything going on externally was neglected.

Abraham Maslow, the American psychologist from the mid-20th century, summarized this concept in his work on the hierarchy of needs.  “Healthy people who have fulfilled these lower needs are able to act based on the desire to grow rather than being motivated by deficiencies.  Simply put, their deficiencies do not determine their actions and instead, they are motivated by growth and fulfillment!”

As a leader, you must keep your tank full so you can focus on your team and its mission.  Your team is expecting you to lead them to success, an impossibility if you are not doing well yourself.  Here are a few things you can do as a leader to keep your tank full and set a good example for your team:

Take time out of your day, every day, to do something physical. Get your heart rate up, lift weights or play a sport. This will give you the stamina necessary for long days at the office and the ability to push through difficult situations. President John F. Kennedy summed this up well when he stated, “Physical fitness is not only one of the most important keys to a healthy body, it is the basis of dynamic and creative intellectual activity.”

If you are like me, lunch is often a burrito and a soft drink on the run.  Focusing on yourself means also focusing on how you fuel your engine.  Make it a priority to eat a balanced diet so as to prevent causing health issues due to poor diet.  Clogged arteries or high blood pressure, while not always linked to poor diet, can be a result and would definitely keep you from performing at your peak.

The Center for Disease Control states that adults need 7-8 hours of sleep each night.  I have seen many leaders who pride themselves on being able to function on only 2-3 hours of sleep for long periods of time.  Are they really performing at their peak?  The Journal for Occupational and Environmental Medicine published a study on the effects of sleep on performance, the results of which were startling:  “After 17-19 hours without sleep…performance on some tests was equivalent or worse than that at a blood alcohol content of 0.05%. Response speeds were up to 50% slower for some tests and accuracy measures were significantly poorer than at this level of alcohol. After longer periods without sleep, performance reached levels equivalent to the maximum alcohol dose given to subjects (BAC of 0.1%)”. Think twice the next time you choose to work late.

Show your employees it is acceptable to take time off by doing so yourself.  Develop a passion away from work to give your mind a break and a chance to generate ideas.  As Jack Nicolas’ famous character in the movie The Shining says, “All work and no play make Jack a dull boy”.

The U.S. Air Force knows how important these concepts are to maintain an effective fighting force.  General Mark A. Welsh III, the Air Force’s top general, emphasizes that focusing on these basic needs can create the resiliency necessary to handle stressful situations.  When discussing the Air Force program called Comprehensive Airmen Fitness, General Welsh states, “Our focus is on the well-being and care for ourselves, each other and our families so we can be more resilient to the many challenges military service brings.”

As 2016 swings into full gear, do yourself and your team a favor by filling up your own tank.  If all of this still has not convinced you to take a hard look at how you lead your life, listen to one of our country’s founding fathers, Benjamin Franklin: “Early to bed and early to rise makes a man healthy, wealthy and wise!”

Christopher P Levy is a driven leader with 24 years of experience in operations and international relations. A successful senior DoD leader from the tactical to strategic levels, Chris has earned documented success in the areas of curriculum and syllabus development, contract management and flight operations. He has specialized experience in tactical aviation, Intelligence, Surveillance and Reconnaissance operations and remotely piloted aircraft and is an active duty Colonel with command experience in the United States Air Force. With three NATO tours in Turkey and Afghanistan, Chris has demonstrated exceptional ability to succeed in multinational organizations. He and his wife, Wendy, live with their three children in Virginia.
Tags: air force, Fill, Full, levy, resiliency, rest, Welsh, Yoda