A Tribute To Veterans – Solemnly Remember

“…solemnly remember the sacrifices of all those who fought so valiantly on the seas, in the air, and on foreign shores, to preserve our heritage of freedom.”
President Dwight D. Eisenhower

On November 11, 1918–after more than four years of bloody fighting by over 70 million soldiers from as many as 100 countries, an armistice was signed in France between the Allies and Germany bringing World War I to a close. At the time, H.G. Wells coined the term “the war to end all wars,” referring to the conflict that left more than 9-million lives on the battlefield and countless others forever changed.… Read the rest 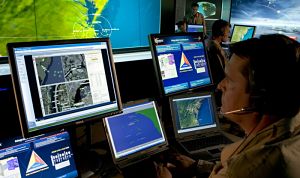 With the U.S. Labor Department announcing earlier this month that veteran unemployment has hit a historic low,veterans groups, advocates and veterans themselves are sounding a new alarm: underemployment.

The department cites that of the three million plus post-9/11 veterans employed in the civilian workforce today, less than 40 percent hold management, professional and related occupations.

My industry, technology, is part of the problem. For too long, technology executives have looked past veteran talent because they were seeking “industry experience.”… Read the rest