The 12 Virtues of Leadership 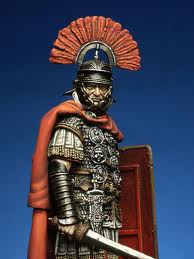 “The supreme quality for leadership is unquestionably integrity.
Without it, no real success is possible, no matter whether it is on a section gang, a football field, in an army, or in an office.”
Dwight D. Eisenhower

Of the many timeless accomplishments of the ancient Greeks, perhaps none is as important as their documenting the significance of virtues: a basic moral guide to good living.

Virtues serve as the cornerstone of our ability to consistently bring out the best in ourselves as well as those around us. In fact, the great philosopher Aristotle’s first rule for being good is that there are no rules. Excelling as a leader, in his view, is about doing the best thing you can in each situation you face.

Virtues are dynamic forces—witness the word’s Latin root, virtus, meaning “strength” or “power.” Each, when practiced habitually, progressively enhances our capacity to act. Equipping us to achieve excellence of being, rather than merely excellence in doing.

Of course, virtues are not created in a day; they are formed over the course of one’s life by the daily choices we make. Perhaps the most important virtue that guides the formation of our character is that of integrity.

Many people think of integrity as sound character or morality, and this definition is only partially accurate. Integrity means so much more than that; it is an extremely powerful term that finds its root in the Roman army during days of the 12 Caesars.

Every day, early in the morning, the Roman Legionnaires would stand in formation for inspection. When the general stood in front of each legionnaire, the soldier would strike his breastplate above the heart and shout, “Integritas,” which in Latin means material, wholeness, completeness and entirety. The general would listen closely to the ring that resonated throughout the armor to confirm that it was sound and the soldier would be protected in combat.

About that time another group of soldiers known as the Praetorian Guard ascended into prominence. They were politically connected and were drawn from only the wealthiest, most privileged families in Rome. Responsible for protecting the emperor, they adopted many of the customs of the Roman Legionnaires including morning inspections. However, rather than shouting “Integritas,” during their daily drills, the Praetorian Guard would pound on their breastplate and shout, “Hail Caesar,” to proclaim their heart belonged to the imperial throne, not the Roman army or people.

A century after their creation, things with the Praetorian Guard had grown quite lax. Instead of continuing to follow the example of the Centurions and continually honing their skills and reinforcing discipline, excess and substandard performance became their norm. As a result, the legionnaires of this era began using “Integer” when they struck their armor, which means undiminished, complete, lacking in nothing. They did so to indicate that not only was the armor sound but each soldier wearing the armor was complete in integrity. In effect, it was a statement that they were not lacking in discipline and refused to accept the same reduced moral standard that was now commonly associated with the Praetorian Guards.

The armor of integrity continued to be a distinction for the legionnaires, and for over four centuries, they succeeded in holding back the invading Vandals and Goths. By 383AD, however, the social decline that had infected the Republic and infiltrated the Praetorian Guard began to infect the legions. As a fourth-century Roman general wrote, “When, because of negligence and laziness, parade ground drills were abandoned, the customary armor began to feel heavy since the soldiers rarely, if ever, wore it. Therefore, they first asked the emperor to set aside the breastplates and mail and then the helmets. So our soldiers fought the Goths without any protection for the heart and head and were often beaten by archers. Although there were many disasters, which led to the loss of great cities, no one tried to restore the armor to the infantry. They took their armor off, and when the armor came off, so too came their integrity.”

It was only a matter of time before the legions became corrupted through-and-through, and in so doing found themselves unable to hold the line against the invading barbarians.

What this story reveals is that the demise of Rome was foremost an inside job. That is, it was the result of people entrusted to defend the ideals of their country failing to conduct themselves with integrity in the heat of the moment–individuals who lacked the strength of character to do what they said they would do when others counted on them most.

To cultivate virtue is first and foremost about becoming a better person. It’s a way of thinking and being that motivates us to lead lives of purpose, meaning and significance. Over the next year, we plan to share with you 12 virtues of leadership that represent the best in the American character. Every month we will highlight a different virtue and every month we will feature guests who emulate these virtues in their surroundings. The leadership virtues we will be exploring include Courage, Compassion, Service, Honesty, Persistence, Humility, Selflessness, Hope, Creativity, Self-Control, Grace, and of course, Integrity.

In addition to introducing you to a host of amazing guests, including Medal of Honor winners, business leaders helping veterans get back to work, as well as ordinary people doing extraordinary things to promote positive change in their surroundings, our goal over the next 12 months is to paint a compelling picture of what it truly means to lead our lives in a more excellent way, each and every day.

On my desk at home sits a copy of the 1950 edition of The Armed Forces Officer, a small booklet outlining the roles, responsibilities, and expectations of military leaders. I believe the first paragraph gets to the heart of what it means to lead well, in or out of uniform. It reads: “Having been specifically chosen by the United States to sustain the dignity and integrity of its sovereign power, an officer [leader] is expected to maintain himself, and so exert his influence for so long as he may live, that he will be recognized as a worthy symbol of all that is best in the national character.”

Although the booklet doesn’t explain in detail what the phrase “best in the national character” specifically entails, I believe it serves to remind us that we are at our best as a people and as a country when we refuse to compromise our standards and undermine our influence so we can be found lacking for nothing when others need us most.

We would be wise to remember that we strengthen our character through the habitual practice of sound moral habits we call virtues. As we routinely practice these virtues we strengthen the quality of our minds, our wills, and our hearts. Enabling us to little-by-little become the kind of leader we want to be and others deserve to see.

Co-Founder & Senior Curator at GeneralLeadership.com
John E. Michel is a widely recognized expert in culture, strategy & individual and organizational change. An accomplished unconventional leader and proven status quo buster, he has successfully led several multi-billion dollar transformation efforts and his award-winning work has been featured in a wide variety of articles and journals, including the Harvard Business Review. In addition to serving our nation as an active duty General Officer in the United States Air Force, John enjoys helping people learn to walk differently in the world so they can become the best version of themselves possible. He is blessed to be married to the most patient person on the planet and together, they have two amazing sons. You are encouraged to learn more about John at his website, www.MediocreMe.com
- Contact John Michel via email ( JohnMichel@GeneralLeadership.com)
- Military Biography
Tags: character, crucible, Leadership, virtue