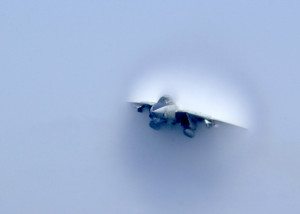 Charlie says, “A rolling reversal would work well in the situation.” Maverick replies with that cocky look, “But if I reversed on a hard cross, I could go immediately to guns.” And Charlie parries the thrust, ” At that speed its too fast, it’s a little too aggressive.” Oh the double entrendre is fascinating and the flirtation captivates us! Everyone in the room knows they aren’t talking about basic fighter maneuvers, but we don’t care. In the end, Maverick gets the invite to Charlie’s house, so maybe he really wins this engagement.

However, if we look beyond the flirting of these two lovebirds, the scene in the back ground shows not only Maverick moving his hands, but “Slider” flying two airplanes on sticks. These pilots are practicing what pilots for years have called “chair flying.” Other elite military outfits may call it a sand table exercise. In the civilian world we often call this a visualization technique. Elite athletes visualize themselves on the field or court. The highly vaunted Seal Team Six practiced their assault on Osama Bin Laden in an elaborately constructed realistic mock up of Bin Laden’s compound both to physically practice and to internally visualize their dangerous, no fail mission.

As a student pilot I spent many an hour in pilot training with my right hand on a potato masher simulating the stick of a jet trainer and my left hand around an empty beer can as the throttle. In retrospect I might have done better in pilot training if I had not drunk the beer before studying. But I would bet a month’s salary that there is no military pilot who has not flown many hours in a chair; eyes closed envisioning every maneuver they’ll make. Even with today’s great flight simulators, which nearly duplicate flight, there is really something to enhanced visualization.    We are simply preparing our brains to react better in the simulator or in the jet.

In the business world many a deal rests on the “pitch” or that ubiquitous power point presentation. But there is more to the visualization technique that simply practice makes perfect. In visualization we are training our mind to think beyond rote memory toward success. Just like an athlete may practice a swing, a serve, a shot at the hoop to enhance muscle memory, visualization is working on muscle memory of your brain. And visualization need not be limited to one power point presentation or physical training event, it is a technique that can be practiced every day as positive “self talk” about how you see your day unfold or how you are going to conduct your business that day.

In Part 5 on 16 October, I will share some techniques that I have actually used and have seen others use effectively.  Tune in for more of my #TopGunLeadership series and enjoy chair-flying until then!


He invites you to join him for a few laughs and an occasional nugget of wisdom on Facebook, follow him on Twitter, or simply ignore him.
Tags: Geno Redmon, Goose, Maverick, Top Gun, Visualization