What is Synchronized Leadership? 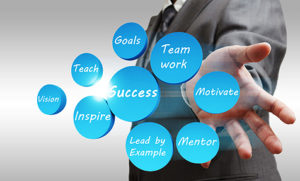 “The single most important element of success in war is leadership.”
Gen David Goldfein, USAF

As a young officer our formal leadership training consisted largely of learning our military specialty and a few vague lessons about balancing “mission and people.” They were lessons born of, simultaneously, thousands of years of military tradition and 20th century industrial mass production. In fact, our leadership classes were called “management” classes–which brings me to my point. Twentieth Century management theory and practice has it’s place, but management is no substitute for leadership. We manage things and processes, but we lead people. In the modern military as in modern business, we require agility–and we achieve agility only through good leadership.

But My Process is Solid!

When I was on a major command inspector general team many years ago, we went to a fighter wing for an Operational Readiness Inspection where we expected the wing to do very well. The unit had a great reputation, and reported readiness ratings in the top tier. When we arrived, however, we saw a different unit altogether.

The Airmen in the wing were so dispirited they could, literally, barely look up. I had inspected dozens of units prior and seen many dozens since, and have never seen 2,500 people shuffling around looking at their feet before. The wing commander–the equivalent to a CEO–had simply run them into the ground. They feared their commander, and worse, had lost confidence in their own ability. They felt defeated even though they were, in fact, highly professional and competent. All the inspectors saw it. The wing ended up passing the inspection, barely, but in spite of their commander and not because of his leadership. They were professionals, and wouldn’t allow themselves to fail. Frankly, it was a close run thing and several times during the inspection it could’ve gone the other way. Their processes were solid, they followed all the procedures, but without confidence in their leadership they were simply going through the motions.

It’s fairly common in business for a company to be doing everything right process-wise and see their performance fall precipitously when a bad leader is at the helm. Ruinous business partner relationships, poor ethics, or just plain ill temper are common reasons to see even highly profitable and well-known companies falter. The story of the leadership failures at American Apparel is a famous case, but there are countless others. Leadership, not just project or process management, truly matters.

Good leaders understand looking after the people on the team is a prerequisite to success, not the “icing” on top. As leaders, we certainly have to get the mission done, and we also have to serve the institution, but first we have to care for the people entrusted to our charge. This is finding the “sweet spot” in your leadership mission. Our institutions have requirements in the form of policies, culture, and profit or mission objectives. The individual tasks or projects we manage on also have requirements such as budget, timeliness, stakeholder communication, etc. The people on our team, likewise, have needs such as job satisfaction, growth and development, and compensation. Leaders must harmonize these three things and optimize the “sweet spot” where they converge. The bigger the sweet spot, the more the convergence, and the higher performance you can achieve.