Be Willing to Shake the Tree 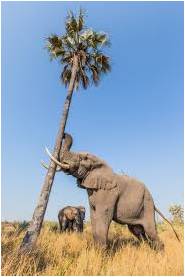 “For to be free is not merely to cast off one’s chains, but to live in a way that respects and enhances freedom for others.”
Nelson Mandela

Recently, the world experienced the passing of a leadership icon.

Nelson Mandela was a man who lived his life putting others first…his family, his country, the world. Committed to using every ounce of energy to promote change, his inspiring example confirming how a single, persistent person can make a profoundly positive difference. No matter how daunting or discouraging their circumstances.

Of course, no one, including Mandela himself, knew the full impact his actions would one day have on the world. Sentenced to life in prison in the Republic of South Africa on June 12, 1964 for refusing to succumb to the falsehood of apartheid, Mandela went into confinement clinging to his belief in the importance of fighting for truth. Twenty-six years later, he emerged from prison, set free by none other than what he valued most in his life: truth.

Shortly after his release from prison, South African President F. W. de Klerk and Mandela reached an agreement that would help mend the long-standing rift in their country. And on February 2, 1990, the dark veil of apartheid was finally lifted from South Africa, forever.

Despite much rejoicing, many questions lingered. Most related to how the deep wounds of so many years of exploitation and hatred could be healed; people questioned how justice could be restored, how reconciliation could be achieved.

To some, only one answer seemed logical. Harkening back to an earlier time in world history where atrocities and heartache met the tribunals of justice in the halls of Nuremberg, Germany, following World War II, the courtroom seemed the most appropriate place to settle the score. But Nelson Mandela, joined by his friend Desmond Tutu, knew they needed to lead their country on a different path. And why not? After all, his entire life was marked by fighting for truth, sacrificing for truth, and ultimately Mandela was liberated by truth. In his heart he knew revenge was not only hollow, but it would do nothing to kick start the process of positive change for the nation and its people.

So, instead of fixating on retaliation, he sought reconciliation. Where retribution would only further divide and move people further apart, he believed restoration would unite and bring people closer together. So, in an incredible act of unwavering commitment to leading the change he wanted to see in his surroundings, both Mandela and Tutu chose to deviate from expectations and create the Truth and Reconciliation Commission. All those who would come forward and confess the truth about their apartheid crimes would be set free. They would be granted instant pardon; amnesty was their gift for the taking.

In the history of modern times, perhaps no act of moral courage stands out so clearly or as profoundly as in this one moment. But it was only made possible because of the conviction of a man whose willingness to take a stand for his deeply held ideals and values ensured truth had her most powerful hour.

Today, Mandela’s legacy looms large over a world with too few positive role models. His legacy lives on in the timeless lessons about leadership he left for all of us. Lessons on the power of collaboration, fighting for what’s right, striving to unite people rather than further divide them, and the importance of not settling for how things are when you know they could be so much more. All this said, perhaps it should be no surprise that Nelson Mandela’s African name – Rolihlahla – means the one who shakes the tree, the one who unsettles the status quo. It was as if he was born to teach our world the timeless lessons of humility, humor, grace, and above all, standing and fighting for your personal sense of truth—even if it means standing alone.

Instead of mourning Mandela, I believe we would all be wise to mirror his positive example. Imagine how different the world would be if each of us emulated Mandela’s stated belief that “There is no passion to be found playing small—in settling for a life that is less than the one you are capable of living.”

Sadly, I’m convinced one that of the biggest impediments to our actively mirroring Mandela is that our culture routinely reminds us to cast struggle in a negative light— to see hardship as something to be avoided and failure as a sign of weakness. The truth of the matter, and as the example of Mandela’s life bears out, if we opt to view struggle and hardship as something to be shunned, we will relegate ourselves to playing small. It will cause us to think in deficit terms, more concerned with what we may lose rather that which we may gain by enduring a season of hardship or pain.

Mandela innately understood many of life’s greatest lessons are learned when we lose something we value—a relationship, a career, our freedom. True leaders know that losing is what makes winning possible. Life is all about learning from the losses, making the right mistakes, fighting the right battles. In fact, the one thing necessary for mirroring a leader like Mandela is to understand it is not that one wins, but that one risk losing something significant that helps us become the best possible version of ourselves. To again use Mandela’s own words, “Ever tried. Ever failed. No matter. Fail again. Fail better.” True leaders understand this. And Mandela was a true leader.

For those of us serious about Mirroring Mandela in our own spheres of influence, I offer one final piece of advice. Guard yourself from developing a deficit mindset. The flawed belief that you can only win if others lose. Chose instead to adopt a growth mindset – the belief your abilities are not fixed and innate, but rather acquired over time. Honed both in good times and equally in tough times.

Individuals who choose a growth mindset learn to look beyond present circumstances and see their challenges not as a measure of who they are today, but instead, consider them an opportunity to become what the world needs them to be tomorrow. Adopting such a view provides us new eyes to see as the great Nelson Mandela saw, focusing on reconciliation where others only see retaliation; seeing restoration when others fixate on retribution; and to stand and fight for truth when it is more convenient or comfortable to settle for a life that is less than the one you are capable of living.

In the end, Nelson Mandela showed us how love rather than hate is a more powerful force to promote positive change. He reminded us how great leaders approach life as a school. They are always learning, unafraid to see themselves as a work in progress—allowing the seasons of life to progressively mold them closer to their ideal form.

Resolve today to be a doer. Be willing to fight for truth, take on great challenges, risk failure and strive for growth. Don’t shy away from making mistakes. Choose to mirror Mandela and unsettle the status quo.

Be willing to shake the tree.

Co-Founder & Senior Curator at GeneralLeadership.com
John E. Michel is a widely recognized expert in culture, strategy & individual and organizational change. An accomplished unconventional leader and proven status quo buster, he has successfully led several multi-billion dollar transformation efforts and his award-winning work has been featured in a wide variety of articles and journals, including the Harvard Business Review. In addition to serving our nation as an active duty General Officer in the United States Air Force, John enjoys helping people learn to walk differently in the world so they can become the best version of themselves possible. He is blessed to be married to the most patient person on the planet and together, they have two amazing sons. You are encouraged to learn more about John at his website, www.MediocreMe.com
- Contact John Michel via email ( JohnMichel@GeneralLeadership.com)
- Military Biography
Tags: Mandela, Memorial, status quo, truth