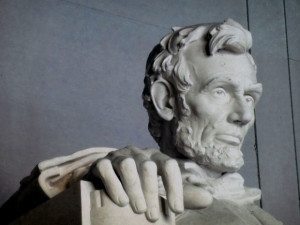 Few leaders it seems, especially those serving in politics, are able to live up to the lofty ideal of being considered a stalwart of character and integrity. However, Abraham Lincoln most certainly qualifies as one such man.

Most people are aware of Lincoln’s numerous failures before he became president as the stories are widely circulated: Failed romantic relationships, failed business ventures, and failed political campaigns. The list of failures was long indeed. But, one failure that has never been attributed to this great man is his failure to live up to his legendary commitment to honesty.

In fact, stories abound of how Lincoln never forgot the lessons born of his failures and hardships, choosing instead to let these lessons forge his character and solidify his commitment to doing the right things for the right reasons. Like the time Lincoln found out that an old woman in dire poverty, the widow of a Revolutionary soldier, had been charged a $200 fee for getting her husband’s $400 pension. Lincoln, outraged at this injustice, sued the pension agent and won the case for the old woman. In fact, he didn’t even charge her for his services and gave her money for a ticket home and paid her hotel bill in full during the hearing.

Some may also be familiar with the story of the time Lincoln was hired to work for a business owner named Denton Offutt, who owned a general store in Salem, Illinois. Following one of his afternoon shifts, Lincoln noticed that a man overpaid him and had left before Lincoln found the mistake. So, before returning home for the night, Lincoln chose to walk several miles out of his way to give the man back his change. Four cents!

While still living in New Salem, Lincoln and a partner bought a general store and attempted to run it as a profitable business. But owing to unwise investments and poor management, the store eventually went bankrupt. Shortly thereafter, his partner in the store died, leaving Lincoln saddled with enormous debt from the failed venture. But unlike many others who experienced failed businesses and chose instead to skip town to escape their creditors, Lincoln promised to repay every cent he owed. Something he indeed accomplished, although it took him more than fifteen years to do so.

As the story reveals, when Abraham Lincoln made a commitment, it was clear he was true to his word. No circumstance or individual could keep him from living a life of complete honesty and genuine transparency. His was a life marked by consistent displays of integrity, truth, and sincerity—a life void of the fraud, deceit, and mistrust that makes it impossible to grow into deep, meaningful relationship with others.

Now, I know that Abraham Lincoln is the high watermark of leadership. His rare blend of tenacity, humility, and wisdom certainly mark him as an iconic leader for the ages. That said, Abe Lincoln-like honesty is certainly one attribute we can all choose to emulate in our own spheres of influence. Here are three simple considerations from Lincoln’s own words to get you started:

Always be Truthful: “Once you forfeit the confidence of your fellow-citizens, you can never regain their respect and esteem.”

Honesty is the key to trust and trust is required to improve your relationship with others. Although it’s not much in fashion these days to talk about the benefits of honesty and decency, the benefits are there nonetheless and warrant discussion. Honesty, as we’ve seen in the example of great leaders like Abraham Lincoln, is characterized by truth and sincerity. It’s consistently demonstrating in word and deed you are someone who values integrity over popularity; who prefers candor to slander; and promotes selflessness rather than selfishness.

Being In simplest terms, honesty helps reveal the true nature of your character. After all, if you can’t be trusted in a small matter, how can you be trusted to be honest in bigger things? Hence, being honest means being true first and foremost to yourself. It’s about being real and honest––and accepting––of yourself, warts and all. If you don’t pretend to be someone you’re not, then people already know what they can expect from you and you can spend more time focused on having a compassionate outlook toward other people instead of worrying about how you come across.

Ambition can either be the fuel that propels you to your goals or persuades you to cut corners. Fight the urge to achieve success at any cost. Set the bar high, but don’t become so enamored with the prize that you risk what matters most—your reputation. Don’t lower your expectations to meet your performance. Raise your level of performance to meet your expectations. Insist on expecting the best of yourself, and then do what is necessary to legitimately make it a reality.

As these three simple lessons from Honest Abe remind us, honesty seeds trust in our homes, workplaces, worship spaces, and communities, and most importantly, is the keystone of our credibility as leaders. Being trustworthy in word and deed is indeed a powerful way to demonstrate our understanding that character cannot be developed merely in ease and quiet. But rather, only through the occasional experience of trial and suffering can the soul be strengthened, ambition inspired, and success achieved.

Co-Founder & Senior Curator at GeneralLeadership.com
John E. Michel is a widely recognized expert in culture, strategy & individual and organizational change. An accomplished unconventional leader and proven status quo buster, he has successfully led several multi-billion dollar transformation efforts and his award-winning work has been featured in a wide variety of articles and journals, including the Harvard Business Review. In addition to serving our nation as an active duty General Officer in the United States Air Force, John enjoys helping people learn to walk differently in the world so they can become the best version of themselves possible. He is blessed to be married to the most patient person on the planet and together, they have two amazing sons. You are encouraged to learn more about John at his website, www.MediocreMe.com
- Contact John Michel via email ( JohnMichel@GeneralLeadership.com)
- Military Biography
Tags: character, History, humility, Illinois, Leadership, lincoln, Wisdom