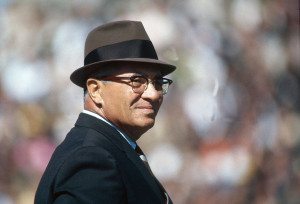 The price of success is hard work, dedication to the job at hand, and the determination that whether we win or lose, we have applied the best of ourselves to the task at hand.
Vince Lombardi

I’ve been an athlete my entire life. From Little League, soccer, and football growing up in Texas to intramurals of all sorts in college and the military, athletic competition is a big part of my life. Sports are a great metaphor for life and I’ve gleaned countless leadership lessons from it. In fact, it’s one of the reasons the military uses athletic competition as a training opportunity from entry level (Basic Military Training) to senior executive level (e.g. Air War College). It was the quotable General Douglas MacArthur who shrewdly observed, “On the fields of friendly strife are sown the seeds that on other days, on other fields will bear the fruits of victory.”

A lesson every successful athlete learns quickly is champions don’t take shortcuts. Sure, an athlete can take performance enhancing drugs or try quick fixes, but those short term wins are usually overshadowed by long term defeats. The true champion, the one who everyone aspires to emulate and sports magazines profile, is the one who did the hard work even when it would’ve been easy not to do it. It’s the one rising before dawn to work out before starting a full day at work or school, then repeating it day after day until they reach their goal. In Texas, many championship high school football programs start their first practice at midnight on the first day the league allows teams to work out. Those coaches know the players who start out with a “do the work” mentality develop into teams who’ll give their all when the time comes.

In short, champions earn their titles long before the title contest in November. They earned their championship at midnight in August under stadium lights.

The same is true in the military. We “sweat in peacetime” so our skills are second nature to us and we can respond quickly under stress. The drills are sometimes fun, but training can be boring if one has to repeat similar tasks over and over. However, everyone is grateful to their trainers for being demanding and requiring them to learn procedures by heart when the stress level is high, because being well trained makes a person confident. To paraphrase the old military maxim: No one rises to the occasion in stressful situations, they sink to the level of their training. That sense of confidence usually carries into high performance.

In the busy and highly competitive world we live in, it’s very tempting for leaders to cut corners to save time or money. I’m here to encourage leaders to resist the urge. Speed in business is essential, but your team is unlikely to have the ability to hit the mark if leaders don’t train, resource, and lead them. Spend the time ensuring your team has the skills they need to get the job you’ve assigned them done. Believe me, time spent in the training room doing quality training will pay off enormously when there’s a crisis or short deadline. A team that’s raised on shortcuts, however, will dissolve into chaos when the pressure is on. In a high-pressure job I had at the Pentagon once, we had a saying: “Speed kills.” It was our way of reminding ourselves to be precise, but taking shortcuts would lead to mistakes we couldn’t afford to make.

Just like Airmen honing their skills or athletes doing conditioning, well-led teams put in the work required to get the job done when the pressure is low. They do that because they know that when they do the preparatory work and training when they need to, they won’t have to try to rely on shortcuts later. Rather, they’ll perform at the same high level they did in practice.