Dynamic Dozen: You Have to Decide 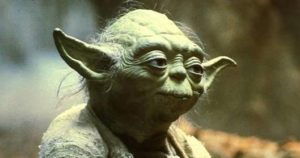 I had to decide and there really weren’t any good choices. Balancing security with the “need for speed” completing construction in preparation for the invasion of Iraq. The security officer at our air base in the Kuwaiti desert would not budge on his requirements, and we did not have enough Airmen to do the job. We had to hire more contractors and that meant more Airmen needed to guard them. What’s more, we wouldn’t get any relief from either security or the deadline and the time when we would “go north” into Iraq was approaching. We were simply out of time and ideas.

“OK guys,” I told my assembled team leaders, “our priorities are airfield pavement, water, power, and everything else. What’s left on the project list?” After some discussion, I decided to shift Engineer Airmen from other work to guard duty for the contractors who were working the water projects. It meant we would run the risk of not completing all our work on time, but I had to prioritize the work and make sure the most critical jobs got done. In the end, we launched the jets on time on the 19th of March–literally screwing the last of the taxiway lights into the pavement as the first F-16s were taking off to strike the first targets of Operation Iraqi Freedom.

The most common mistake leaders make is trying to make a perfect decision by gathering an immense amount of information. In the Air Force, we call it “Paralysis By Analysis,” and we’ve all suffered a leader who seemingly refused to make a decision without perfect information. Leaders, let me be clear: you will never have enough information. There will always be another “why” to ask, another metric to dissect, and another opinion to seek. As leaders, if we allow ourselves to get caught in an infinite “Do Loop” seeking the perfect decision, then we’re no longer leaders: we’re followers of data. Leaders get paid to make decisions, and for those decisions to mean to any thing they have to be timely and accurate. Remember, we don’t work for the computer.

There was a popular vineyard whose 1980’s slogan was “We’ll sell no wine, before its time.” So it is with making decisions. Timing of decisions is skill every leader must have, and we get better at it when we make decisions. Just as “Paralysis By Analysis” can delay a good decision, rushing into a decision is just as bad. When I worked as a “budgeteer” on the Headquarters Air Force engineer staff, we used the expression, “Speed kills” to remind ourselves not to rush and make mistakes. The SEALS have an even better expression, “Slow is smooth and smooth is fast.” It means, take your time and do it right the first time. A rushed job is a sloppy job. Just as taking too long to make a decision makes the decision irrelevant, a rushed decision almost guarantees a poor one.

So where’s the balance? Well, it’s making the best decision you can with the information you have–not too soon and not too late. That comes with practice to be sure, practice making decisions. Understanding when there is enough information and then having the courage to make it is the key. It takes some seasoning to get it right–few do it intuitively–but when you make good decisions you enable your team to max performance. The trick is to understand when getting more information is not going to help you. Most decisions we make in business have a deadline.

As an Air Force officer, Mickey has handled national portfolios totaling billions of dollars. He’s presented on dozens of topics to senior leaders in government, industry, state and federal government, and worked with international business and government executives and in a dozen countries in Asia, Europe, and the Middle East.
Tags: Addison, decision making, decisions, imperfect information, Leadership, success, Yoda