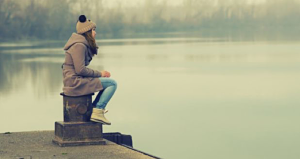 “Too often we underestimate the power of a touch, a smile, a kind word, a listening ear, an honest compliment, or the smallest act of caring, all of which have the potential to turn a life around.”
Leo Buscaglia

One day, it hits you. Hard. You realize that you wish you had done things differently. Bad decisions, hurtful actions, missed opportunities, mistakes that later resulted in a lingering sense of regret. Some weigh heavier than others, but regret can certainly be a tricky piece of emotional baggage to carry around.

Research study after study shows that each of us experiences short lived regrets for the dumb things we do in life…the time you dyed the cat green only to find out later you used permanent dye; or the time you stayed out too late partying only to walk into a calculus pop quiz in the morning. Yet we now know these type of short term regrets fade quickly, usually within a couple weeks.

But the regrets for things we didn’t do, the missed opportunities?

That’s another story. Those, it turns out, last for years.

In a broadly publicized study, a team of researchers at Cornell University asked people in their seventies, “What would you do differently if you could live your life over?”

Some people regretted their actions: “I shouldn’t have gotten married so young,” or “I should never have taken up smoking.”

“…the vast majority of our regrets in life relate to the things we didn’t do.”

But four times as many people described things they wish they had done, actions they wished they’d taken as their greatest source of regret.

“I should have finished college.”

“I should have aimed higher in my career.”

Or “I wish I had been more assertive in starting that business.”

The truth of the matter is, we think we’ll regret what we do, but, the vast majority of our regrets in life relate to the things we didn’t do.

Ultimately, it is regrets of inaction that cause us the greatest heartache.

It is a lesson I know all too well.

One of my biggest regrets happened many, many years ago. I grew up on a military base overseas, so our school was relatively small and our community tight. My sophomore year in high school, a new kid joined our math class second semester. In the interest of confidentiality, let’s call him Mark. Mark was small, quiet. He wore thick rimmed glasses, the “does that double as a fish bowl and come with a pocket protector” type. He didn’t say much, sat in the back of the class, and when nervous, which was pretty much always, had the habit of repeating himself.

Mark was mostly ignored and frequently teased. I could see he was lonely. What’s more, I noticed that the frequent taunts, insults and jeers hurt him. I still remember the way he’d look after someone belittled him: eyes cast down, feet shuffling, as if, having just been reminded of his place in the world. After school, I imagined his mother would ask, “Mark, how was your day, sweetie?” and he’d say, “Oh, fine.” His mother would say, “Making any friends?” and he’d go, “Sure, lots.”

Sometimes I’d see him hanging around the lunch room or in his front yard alone. I am sure he was trying, as much as possible, to disappear

“I didn’t realize it at the time, but Mark was my first true leadership test. And I fell short.”

And then — as quickly as Mark had appeared, he and his family moved. That was it. As was often the case in military communities, moves happened frequently and quickly.

Now, why do I regret that? Why, thirty-seven years later, am I still thinking about that experience? After all, relative to most of the other kids, I was actually pretty nice to him. I never said an unkind word to him.

But it still bothers me.

Why? Because I knew then I had the power to do more, and didn’t. The fact is, I chose in that moment to do what was easy, safe and comfortable for fear of exposing myself to ridicule, hostility, or embarrassment. I chose to walk past numerous opportunities to do the right thing, abdicating the chance to make a positive difference in the life of someone who certainly could have benefitted from my attention, my interest, my friendship.

I didn’t realize it at the time, but Mark was my first true leadership test. And I fell short.

Leading as a Verb

Leadership, as I have learned first-hand over the last three-plus decades is meant to be more verb than noun. More active than passive. A tangible expression of will that has nothing to do with rank, title, or position and everything to do with a decision to wield our influence well.  Leadership is about taking the opportunity to add value to your surroundings…in life’s little moments as well as in its larger moments. And sadly, many people under sell or under appreciate just how much of an impact each of us has on the world around us.

Sociologists tell us that the most introverted person on the planet will influence over 10,000 people in their lifespan. Now I don’t know where you, the reader, stand in this introversion-extroversion spectrum of life but I do know that every single person you will ever encounter will likely influence far more than that.

“…if you want to minimize regret and maximize your impact, never underestimate your influence.”

In fact, psychologists and neuroscientists confirm most of us remember people we meet after age 5. So, with an estimated life span in the United States of 78.3, if you assume you will interact with just 3 new people daily, be it at the office, gym, grocery store, synagogue, school, or wherever your journey may take you, the simple math indicates you will directly impact over 80,000 other people during the course of your personal and professional life.

These numbers are startling in that they reveal just how much potential for impact each of us possess. Whatever your current role, position, or profession, be it as an educator, doctor, scientist, homemaker, salesperson, astronaut, artist, soldier, entrepreneur, or whatever you may do, you can make a significant difference in the lives of others. But how you choose to be in the daily interactions with others is what will ultimately determine the mark you leave on the world…good or bad.

Hence, my recommendation to you is if you want to minimize regret and maximize your impact, never underestimate your influence. Don’t be afraid to step into the gap and leave the people you encounter a little bit better for having known you…especially the “Marks” of the world.

So how about you? What’s your greatest regret? Feel free to include a comment below. You never know. It may be just what someone else needs to hear to help them avoid a future regret of their own.

Co-Founder & Senior Curator at GeneralLeadership.com
John E. Michel is a widely recognized expert in culture, strategy & individual and organizational change. An accomplished unconventional leader and proven status quo buster, he has successfully led several multi-billion dollar transformation efforts and his award-winning work has been featured in a wide variety of articles and journals, including the Harvard Business Review. In addition to serving our nation as an active duty General Officer in the United States Air Force, John enjoys helping people learn to walk differently in the world so they can become the best version of themselves possible. He is blessed to be married to the most patient person on the planet and together, they have two amazing sons. You are encouraged to learn more about John at his website, www.MediocreMe.com
- Contact John Michel via email ( JohnMichel@GeneralLeadership.com)
- Military Biography
Tags: Friendship, Impact, influence, john michel, Regret