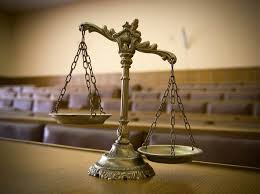 BLUF—Bottom Line Up Front-The USAF has the expression, “Integrity First” as the first of its stated core values. But in the years since these core values were first stated, we may have forgotten how important these core values are to each and every one of us. Integrity can’t be applied selectively. In my post Air Force employment, I have seen how important integrity is in the general business world. I am glad that our senior leaders continue to live by our Air Force values.

I recently had the opportunity to spend an evening with some old friends I have known for over 25 years. He has risen to the very senior ranks of the Air Force. Like old friends, our conversation ranged from current events to life “back in the day.”

One of the topics we discussed was the allegation of cheating on tests by some missile launch crews in the Air Force. I commented that as an academy graduate I was shocked back in my old days that Strategic Air Command pilots often used a “pony” or answer key to ensure that they achieved a 100% score on their annual instrument exam. In fact, as my memory serves me, the passing score on this test was only about 80%, but in actual practice the accepted standard was always 100%.

I went on to say that while I always took this open book test honestly, I was ashamed looking back that as a junior officer, I had always used the answer key to ensure I met the accepted standard. Later as a more senior officer, I felt that I owed it to my crews to take the test honestly and accept a passing score rather than using a pony. I commented that I no longer bowed to “peer pressure.” My old colleague stated that he never used an answer key, but rather would accept missing a couple of questions. He said he always got a little push back from the old heads but didn’t care even back in that day.

Last night I had the chance to talk to another old friend, also a very senior Air Force leader who recently took the test as part of a senior officer aircraft requalification. He said the Annual Instrument Exam was a bear. But once again, he said, “I took the test full up and was sweating bullets.”

“…they still choose to place their integrity first.”

I left both these conversations inspired by the integrity demonstrated by these two very senior officers who lead our Air Force. Their schedules are simply crammed with activity. And yet with all the temptations they have to breeze through exams, they still choose to place their integrity first. They lead by example, even when no one would notice, because it is their personal integrity at stake.

There is a huge lesson in this for all of us whether in uniform, retired, or making our living in the civilian sector. Standing up, telling the truth is not just an expression…it should be a core value in all of our lives. Honesty should not be selectively employed when it suits us. It should be imbedded in our very souls.

“Honesty should not be selectively employed when it suits us. It should be imbedded in our very souls.”

I am thankful that we are led by men and women of unquestioned integrity. May God Bless the Air Force and may God bless the United States of America!


He invites you to join him for a few laughs and an occasional nugget of wisdom on Facebook, follow him on Twitter, or simply ignore him.
Tags: air force, character, Core Value, Expression, Integrity, redmon