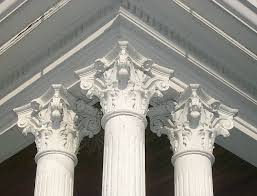 “Our chief want is someone who will inspire us to be what we know we could be.”
Ralph Waldo Emerson

Paul H. O’Neill, the former CEO of aluminum company Alcoa, was on his second day on the job as the company’s new leader when his secretary, a twenty-five-year Alcoa veteran, approached him to inquire when he was planning to join the local country club. After all, she added, every CEO before him had joined, and all the company’s current senior executives belonged.

O’Neill, however, wasn’t interested in joining the club in question and informed the secretary as much. Immediately, she replied, “Well, you really do have to belong to this country club. The way it works around here is we have a bylaw that says if the chairman doesn’t belong, none of the other people in the corporation can belong.”

He quickly discovered the vast majority of people at his company were using the club for legitimate purposes such as customer entertainment, marketing, and even to support charity events. But in the process of doing his research, he stumbled upon an interesting fact. The club in question didn’t accept just anybody for membership. He discovered they deliberately excluded women, blacks, and ethnic and religious minorities.

O’Neill’s values would certainly not allow him to stand by and let something like this to continue unchecked.

The new CEO immediately drafted a memo which he subsequently sent to Alcoa employees around the world—sixty-three thousand of them—clarifying that the company’s values would in no way support paying for its members to belong to organizations or institutions that discriminate or fail to value the dignity and worth of fellow human beings.

Shortly after releasing his now-famous memo, the country club experienced a sudden change of heart. O’Neill’s bold declaration of his values in that memo compelled them to abandon their long-standing policy and begin to admit all people, regardless of race, gender, faith, or ethnic background.

As Paul O’Neill’s inspiring story affirms, exercising moral courage in the face of ethical challenges is daunting. However, remaining faithful to those sacred oaths we hold dear is what distinguishes the leaders truly worth following. In the words of former Marine General Chuck Krulak, moral courage is “a reservoir of strength from which to draw in times of great stress.” It is, in my view, the common trait of those whose influence leaves the world better than they first found it.

For those of us who don’t wear four stars or run multi-billion dollar businesses, moral courage gives us the ability to act rightly in a world that is in itself, not right. It is what enables us to persist against frustration, take responsibility for our actions, act humanely in the midst of inhumanity, and perhaps above all else, refuse to compromise our values despite the very real threat of experiencing personal or professional insult, injury, or loss.

Courageous leaders such as Paul O’Neill consider the impact of their every move. They recognize there never comes a time when it doesn’t matter what they do, or fail to do, when facing a daunting situation. They appreciate that the way a leader responds to the ethical and moral challenges they face communicates clearly the true essence of their character.

So what can we all take away from this story to help improve our own ability to make morally courageous choices? Begin here:

Conviction, commitment, credibility—the three pillars of morally courageous leadership. They reflect a way of thinking and being that compels others to lead a life of integrity, purpose, and meaning. They serve as tangible reminders that we are not here to merely make a living but rather, to make a positive difference.

President Woodrow Wilson once remarked, “You are here to enrich the world, and you impoverish yourself if you forget the errand.” Don’t forget the errand. Ensure your words and your ways communicate clearly what you are willing to stand and fight for.

You won’t regret it.

Co-Founder & Senior Curator at GeneralLeadership.com
John E. Michel is a widely recognized expert in culture, strategy & individual and organizational change. An accomplished unconventional leader and proven status quo buster, he has successfully led several multi-billion dollar transformation efforts and his award-winning work has been featured in a wide variety of articles and journals, including the Harvard Business Review. In addition to serving our nation as an active duty General Officer in the United States Air Force, John enjoys helping people learn to walk differently in the world so they can become the best version of themselves possible. He is blessed to be married to the most patient person on the planet and together, they have two amazing sons. You are encouraged to learn more about John at his website, www.MediocreMe.com
- Contact John Michel via email ( JohnMichel@GeneralLeadership.com)
- Military Biography
Tags: commitment, Conviction, courageous, Credibility, Leadership, morals, pillars, three pillars